Bill Moseley net worth: Bill Moseley is an American actor and musician who has a net worth of $2 million. Bill Moseley was born in Stamford, Connecticut in November 1951. He has starred in many cult classic horror films. Moseley has collaborated with guitarist Buckethead on his solo work and in the band Cornbugs.

The band formed in 1995 with Bill Moseley as the lead vocalist and released the albums Spot The Psycho in 1999, Cemetery Pinch in 2001, How Now Brown Cow in 2001, Brain Circus in 2004, and Donkey Town in 2004. Moseley has more than 125 acting credits to his name starting in 1982. From 2003 to 2005 he had a recurring role as Possum on the television series Carnivale. Bill Moseley has starred in several films including House of 1000 Corpses, The Texas Chainsaw Massacre 2, Repo! The Great Genetic Opera, The Devil's Rejects, and many others. In 2006 he won a Scream Award and a Fangoria Chainsaw Award for The Devil's Rejects. 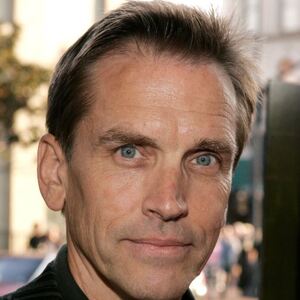