Bill Duke net worth: Bill Duke is an American actor and film director who has a net worth of $3 million. He is known for his physically imposing frame, and his work often consists of action films as well as crime and drama, although he has also worked on a few successful comedies.

William Henry "Bill" Duke, Jr was born in Poughkeepsie, New York on February 26, 1943. He studied at New York University's Tisch School of Arts and received a BA in Drama from Boston University. He appeared on Broadway in 1971 in the musical, Ain't Supposed to Die a Natural Death, and directed several episodes of noteworthy 80's television series including Hill Street Blues and Miami Vice.

Known for his 6 ft 4½ inch stature and closely shaven head, he has appeared in many tough guy roles as an actor, including Car Wash, Gigolo, Commando, Predator, The Limey and Action Jackson. More recently he also appeared in Bird on a Wire, Payback, and X-Men: The Last Stand. In addition to acting, Duke also directed the TV movie, The Killing Floor, in 1985 as well as a series of films in the 90s, including A Rage in Harlem, Deep Cover, Hoodium, The Cemetery Club, and Sister Act 2: Back in the Habit.

He is the CEO and founder of the Duke Media Foundation, and is a humanitarian and activist who devotes his time to charity and not for profit organizations. Duke is on the Board of Directors of Educating Young Minds after school program with the mission to help inner city youth in the United States excel in school and life. He is also extensively involved with the United Nations UNAIDS mission to eliminate AIDS globally.

Bill has been in a relationship with National Book award Finalist, Shelia P. Moses. 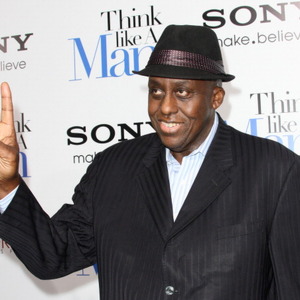