Bill Daily net worth and salary: Bill Daily was an American actor and comedian who had a net worth of $4 million at the time of his death in 2018. Bill Daily was born in Des Moines, Iowa in August 1927. From 1965 to 1970 he starred as Roger Healey on the television series I Dream of Jeannie.

Daily starred as Howard Borden on the TV series The Bob Newhart Show from 1972 to 1978. From 1988 to 1989 he starred as Dr. James Shepherd on the series Starting from Scratch. Daily also appeared in several films and TV episodes including Bewitched, The Farmer's Daughter, The Mary Tyler Moore Show, Love, American Style, CHiPS, The Love Boat, Trapper John, M.D., ALF, Newhart, Bob, Caroline in the City, Horrorween, and more. In 2005 he won a TV Land Icon Award for The Bob Newhart Show and was also nominated for Favorite Nosy Neighbor on for the same series. Daily was also a regular on The Match Game. Bill Daily died on September 4, 2018 at the age of 91. 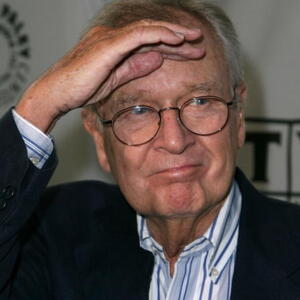