Bill Cobbs net worth: Bill Cobbs is an American actor who has a net worth of $4 million. Bill Cobbs was born in Cleveland, Ohio in June 1934. He has nearly 200 acting credits to his name and starred as The Dutchman in the television series The Slap Maxwell Story from 1987 to 1988 and as Phil Drexler in the TV series Homeroom in 1989.

Cobbs starred as Lewis Coleman in the series I'll Fly Away from 1991 to 1993. From 1997 to 1998 he starred as James Stevenson in the television series The Gregory Hines Show. Russell starred as Elmer Greentree in the TV series The Others in 2000 and also starred as Jack in the series The Michael Richard Show the same year. From 2002 to 2004 he starred as Tony on the television series The Drew Carey Show. Cobbs starred as George on the TV series Go On from 2012 to 2013. He has also starred in the movies The Taking of Pelham One Two Three, Greased Lightning, Trading Places, The Color of Money, New Jack City, The People Under the Stairs, The Bodyguard, Demolition Man, That Thing You Do!, Ghosts of Mississippi, Air Bid, Hope Floats, I Still Know What You Did Last Summer, The Wild Thornberrys, Night at the Museum, The Muppets, and Oz the Great and Powerful. 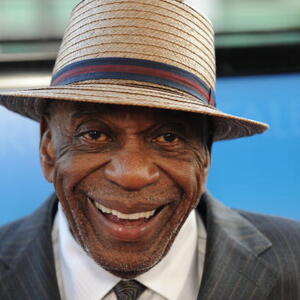