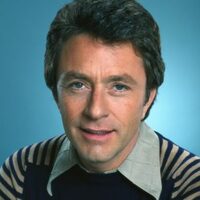 Bill Bixby net worth: Bill Bixby was an American actor, director, and producer who had a net worth of $10 million at the time of his death in 1993. Bill Bixby was born in San Francisco, California in January 1934 and passed away in November 1993. He starred as Charles Raymond on the television series The Joey Bishop Show in 1962. Bixby starred as Carl Pierce on the TV series Valentine's Day from 1964 to 1965. One of his best known roles came starring as Tim O'Hara on the series My Favorite Martian from 1963 to 1966. Bixby is also known for starring as Tom Corbett on the television series The Courtship of Eddie's Father from 1969 to 1972. From 1973 to 1974 he starred as Anthony Blake on the TV series The Magician. Bixby starred as Dr. David Banner on the series The Incredible Hulk from 1977 to 1982. From 1983 to 1984 he starred as Matt Cassidy on the television series Goodnight, Beantown. Bixby was nominated for three Primetime Emmy Awards, a Daytime Emmy Award, and a Directors Guild of America Award. Bill Bixby passed away on November 21, 1993 at 59 years old from prostate cancer.