Bijou Phillips net worth: Bijou Phillips is an American actress, model, and singer who has a net worth of $8 million. That is a combined net worth with her husband since 2011, actor Danny Masterson.

Bijou Phillips was born on April 1, 1980 in Greenwich, Connecticut to the well-known singer John Phillips of The Mamas & the Papas. She was the youngest of five children. Bijou began her career as a model when she was 13 in order to escape boarding school. She soon became one of the youngest models to grace the cover of Interview Magazine and Italian Vogue. She also appeared in several ads for Calvin Klein. Phillips has appeared on the covers of magazines such as Playboy, Missbehave, Stuff, and Nylon.

In 1999, she made her film debut as Charlie in Black and White. Her performance was praised by film critics, and her success led to many other roles including a role alongside Kate Hudson in Almost Famous, in addition to other parts in films like Tart, Bully, The Door in the Floor, Havoc, Choke, Hotel Chelsea, and Dark Secrets. She also had a few music singles released in 1999, but when asked about making a full album in the future, she declined saying that there are no really lucrative recording deals in the music industry right now.

In 2004, Phillips began dating That '70s Show actor Danny Masterson. The couple met at a poker tournament in Las Vegas. Both Phillips and Masterson are Scientologists. They announced their engagement in March 2009. They were married on October 18, 2011 in a private castle in Ireland. Phillips wore a custom Zac Posen gown. Around this time, Masterson also appeared alongside Phillips in an episode of Fox's Raising Hope. They have one child together. 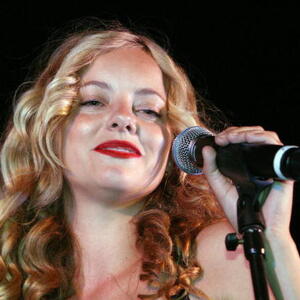