Bianca Marroquin Net Worth: Bianca Marroquin is a Mexican musical theatre and television actress and dancer who has a net worth of $10 million. Bianca Marroquin was born January 15,1975 in Monterrey, Mexico. She is best known as the first Mexican actress to play a starring role on Broadway and one of the youngest actresses to play the role of Roxie Hart in a Broadway production of Chicago.

During her formative years, she studied ballet, jazz, flamenco and tap at Bellas Artes Academy. After graduation from Saint Joseph Academy in high school, Marroquin returned to Monterrey, Mexico to study Communications. Her theatrical career began as a cast member of the Mexico City production of Beauty and the Beast. She went on to be cast in such Broadway Mexican productions as Rent (1999-2001), Phantom of the Opera and Chicago. She then returned to Mexico City and joined the cast of The Vagina Monologues (Mexican production). She also starred as Maria in Mexican production of The Sound of Music and appeared on several Mexican television productions during these times. In 2010, she returned to television as a judge for Mira Quien Baila (the Spanish language version of Dancing with the Stars) for a consecutive four years. In November 2012, she was cast as Mary Poppins in the first Spanish production of this Disney musical. Bianca Marroquin is a judge for the current season of Bailando por un Sueño, a reality competition show seen on Univision. She returned once more to the starring role of Roxie Hart in the long-running Broadway hit Chicago on March 31, 2014. That same month, Marroquin was named the first-ever National Ambassador for Viva Broadway. The Broadway League of producers created the new audience development initiative to help bridge the world of Broadway with Latino audiences around the country. Marroquin's first solo album, El Mundo Era Mio (The World Was Mine), was released May 13, 2014. Marroquin co-wrote five of the songs on the 11-track album, which has been described as a mix of contemporary pop with a healthy splash of Latin influence.

The album contains songs in both English and Spanish. 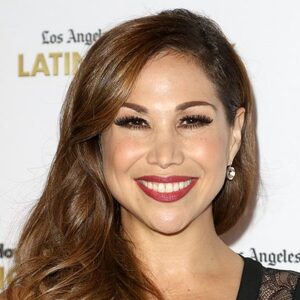