Bianca Kajlich Net Worth: Bianca Kajlich is an American actress who has a net worth of $3 million. Bianca Kaflich made her net worth from the her many roles in TV and films. Born Bianca Maria Kajlich on March 26, 1977, in Seattle, Washington, U.S., she is probably best known for her portrayal of Jennifer on the CBS comedy Rules of Engagement (2007-2013).

Dark-haired and blue-eyed Kajlich started her career away from screens, i.e., as a ballet dancer with the Olympic Ballet Theater in Edmonds, Washington. She decided to switch her focus to acting after seven years with the ballet troupe and lead roles in The River, Swan Lake, and The Nutcracker. Once she made her groundbreaking turn in an advert for Kragen Auto Parts, Kajlich went on to appear in films like 10 Things I Hate About You (1999), Bring It On (2000), Halloween: Resurrection (2002) as well as, memorably topless, as a scheming lap-dancer in 30 Minutes Or Less (2011). Next, she landed recurring roles in the TV series Boston Public, as Lisa Grier, and Dawson's Creek, as Natasha Kelly, as well as she performed in two canceled television series, UPN's Rock Me Baby and Fox's Vanished. However, she rose to international stardom with the CBS comedy Rules of Engagement, which earned her a faithful fan following. An ex-wife of US soccer player, Landon Donovan, she is currently married to Mike Catherwood, the co-host of Loveline. 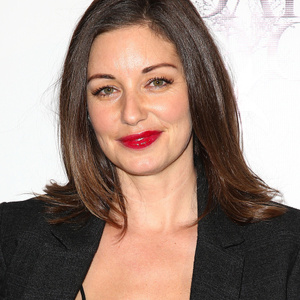