What is Bex Taylor Klaus' net worth?

Bex Taylor Klaus is an American actor who has a net worth of $500 thousand. Bex Taylor Klaus was born in Atlanta, Georgia in August 1994. Bex started performing Shakespeare in third grade and acted in school before moving to Los Angeles to pursue an acting career in 2012.

Klaus has also starred as Pidge in the TV series Voltron: Legendary Defender since 2016. Bex starred as Bronwyn in the movie The Last Witch Hunter in 2015. Klaus has also appeared in episodes of the TV series The Librarians, Glee, and iZombie. In 2014 she won a Joey Award for Young Ensemble Cast in a Dramatic TV Series for The Killing.

In November 2016 Bex came out as gay. In January 2018 Bex revealed they were gender non-binary. 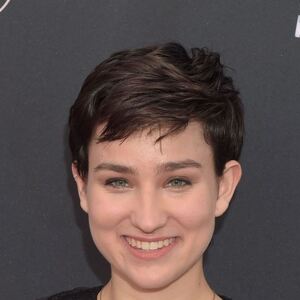