Beverly Johnson net worth: Beverly Johnson is an American model and actress who has a net worth of $5 million dollars. Born in Buffalo, New York, Beverly Johnson was a champion athlete while in school, and was focused on a career in law, before modeling took over. She left her Criminal Justice program at Northeastern University after landing an assignment with Glamour Magazine, and she quickly rose to prominence within the modeling world.

She became the first African-American to appear on the cover of the American edition of Vogue, in 1974, and in 1975, she became the first African-American to grace the cover of the French edition of Elle. In addition to a wildly successful modeling career, she has also guest starred on a number of television shows, including "Hunter", "Law and Order", "Lois & Clark: The New Adventures of Superman", "The Parent 'Hood", and "3rd Rock from the Sun", among many others. She is currently appearing on the reality series, "Beverly's Full House" on the Oprah Winfrey Network. 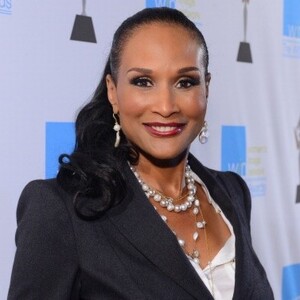