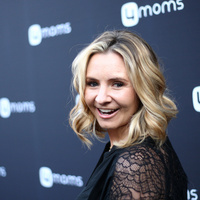 Beverley Mitchell net worth: Beverley Mitchell is an American actress and country music singer who has a net worth of $2.5 million. Beverley Mitchell is best known for her role as Lucy Camden-Kinkirk on the television series, 7th Heaven. She was born on January 22, 1981 in Arcadia, California and attended Loyola Marymount University where she majored in film production. Her first major role was in The Crow: City of Angels where she played a teenage drug-addict named Grace. During the filming of The Crow, she auditioned and was cast in the family drama, 7th Heaven. In 2000, she had a small part in The Amanda Show and in 2003, she starred in the Disney Channel Original Movie, Right on Track. In 2005, a reluctant Beverly Mitchell played in the horror sequel, Saw 2, as she admitted that she is not a fan of horror movies, and in 2007, she starred in the Lifetime movie, I know What I Saw. In 2010, it was announced that Mitchell would join the cast of The Secret Life of the American Teenager, as a school counselor; and the show began in January of 2011. It was her lifelong dream to become a country music singer, and in 2006 she realized this dream by recording her debut album, Beverly Mitchell, with record producer, D. Scott Miller. She co-wrote eight of the songs featured on the album, including the hit song, "Angel." On April 11, 1997, Mitchell's friend, Angela, was killed in a car accident at the age of 15. This was extremely difficult for Mitchell and the song "Angel" on her debut album was written for Angela. She also wrote about the experience in the book, Chicken Soup for the Preteen Soul, and the 7th Heaven episode, "Nothing Endures But Change." On New Year's Eve 2005, during a trip to Colorado, Mitchell became engaged to her long-time boyfriend, accountant Michael Cameron. They had originally planned to get married in 2007, but decided to put the wedding on hold due to the release of Mitchell's debut album. The wedding took place on October 1, 2008 in Ravello, Italy on the Amalfi Coast. Former 7th Heaven co-stars, Jessica Biel and Mackenzie Rosman were both bridesmaids. On March 28, 2013, the couple had their first child, a daughter named Kenzie Lynne.