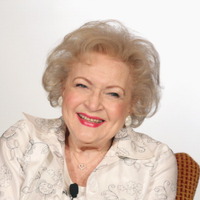 What was Betty White's Net Worth and Salary?

Betty White was an Illinois-born actress, comedienne, author, and television host who had a net worth of $75 million. Recognized as one of the true pioneers of the entertainment industry, Betty White had a long and illustrious career. She was the longest-standing television entertainer of all time, with a career spanning more than eight decades. She also experienced success in the film world, and she had shown her range and versatility over the course of her accomplished years.

On December 31st, 2021, Betty White passed away in her home just weeks before her 100th birthday.

Betty Marion White was born on January 17th of 1922 in Oak Park, Illinois. When Betty was barely a year old, her parents moved to California. During the Great Depression, her father searched for increased opportunities in Los Angeles, struggling to make ends meet by selling crystal radios, often trading them for essential items.

While Betty White was attending high school, she became extremely passionate about the great outdoors. Although she initially wanted to become a park ranger, she soon gave up on her dream because women weren't allowed to take that job at the time. Instead, she became an avid writer and eventually created a play in which she acted the lead role for her high school drama group. Her experience made her passionate about a future career as an actress, and she was inspired by other famous actresses at the time, such as Jeanette MacDonald.

Betty White graduated from high school in 1939, the same year the Second World War broke out. Nevertheless, the USA wouldn't enter the conflict for many years, and White immediately found acting and modeling work after leaving school. However, the war caught up with America soon enough, and White's early success as an actress was halted as she prioritized serving her country over her career. She volunteered for the American Women's Voluntary Service, aiding in the transport of military supplies across California.

After the war, Betty White tried to break into the film industry in Los Angeles, but she was turned down by all the major studios. They told her she wasn't photogenic enough, so she turned to the radio industry instead. As a radio performer, White made decent money and soon appeared on major radio shows for that time. Eventually, she was even given her own radio show: The Betty White Show.

Betty White's major breakthrough came when she acted as a co-host for Al Jarvis in the 1949 television program Hollywood on Television. When Jarvis left the show in 1952, Betty White became the main host, improvising her way through a six-day a week schedule and singing at least once every broadcast. Although she was a relative newcomer to the world of television, she was nominated for an Emmy for her performances.

In 1952, Betty White also created her own production company with help from a writer and a producer. Bandy Productions, as it was called, later released a show called Life With Elizabeth, with Betty White playing the lead role. In debuted in 1953, and Betty White had full control of the nationally syndicated show.

On the heels of her success, Betty White began to appear in a range of commercials. In 1954, she struck a deal with NBC to create her own television talk show, The Betty White Show. Once again, she had full creative control, and she made progressive decisions such as hiring a female director and including an African-American performer regularly in the show. The show was soon canceled due to viewership issues.

White's next role was in the sitcom Date with the Angels, and this proved to be one of the most disastrous roles of her career. After the failure of the show in 1958, White appeared in a theatrical play in 1959.

In the '60s, Betty White turned her attention towards game shows. One of her first game show appearances was on Password, which was soon followed up with shows like Pyramid, What's My Line? and I've Got a Secret. She also booked her first role in a feature film with Advise & Consent. 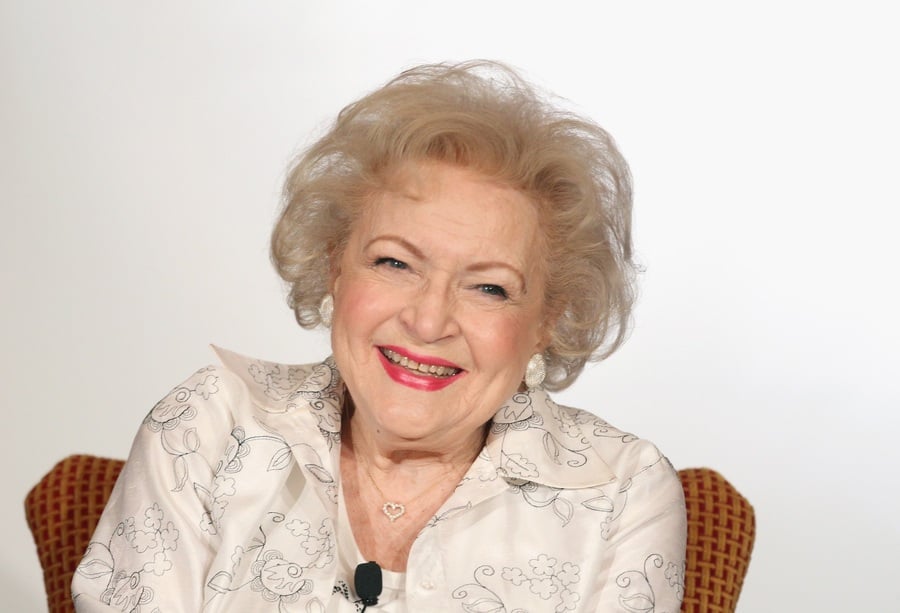 The '70s marked White's first appearance in the immensely popular show, The Mary Tyler Moore Show. By the end of her run on the show, Betty White had won three Emmys over the course of her career. When The Mary Tyler Moore Show ended, White was given her own show. This would be the fourth show White hosted called The Betty White Show, and it was canceled after one season.

In the '80s, Betty White earned the moniker "The First Lady of Game Shows" after hosting shows such as Just Men! During this decade, she also appeared as an actress on shows like Mama's Family. A defining moment in White's career was when she took the role of Rose Nylund on The Golden Girls. To this day, Betty White is perhaps best known for this one particular role, and she won another Emmy for her performance.

After the end of The Golden Girls in the early '90s, White went on to book a number of roles in shows like Yes, Dear and Suddenly Susan. In the 2000s, White appeared in shows such as Boston Legal and The Practice. In 2010, White became the oldest person to host Saturday Night Live after a successful Facebook campaign by fans. That same year, she also booked a role in the show Hot In Cleveland. It was reported that White was paid $75,000 per episode of Hot In Cleveland.

From 2012 to 2014, Betty White hosted and executive produced a show called Betty White's Off Their Rockers, in which elderly people play pranks on the younger generations. In 2012, White was honored with an NBC TV special entitled Betty White's 90th Birthday. In 2019, she joined the cast of Toy Story 4, voicing the character of a toy tiger called "Bitey White."

Betty White had two short-lived marriages before she met game show host Allen Ludden in 1961. The couple married two years later. Although Ludden passed away from stomach cancer in 1981, White didn't remarry. She also acted as stepmother to Ludden's three children from a previous marriage, as their mother had also died from cancer in 1961.

In 1978, Betty and Allen Ludden paid $170,000 for an undeveloped property in Carmel-by-the-Sea, California. They proceeded to construct a 3,700 square-foot, 4-bedroom home with incredible views of the ocean. Construction was complete in 1981. Tragically, Allen died a few days after they finally moved in. Betty owned the home for the rest of her life.

In March 2022, Betty's heirs placed the property on the market for a little under $8 million. A month later, after a small bidding war, the home was sold for $10.775 million. Here's a video tour:

Betty also owned a home in LA's Brentwood neighborhood. Betty and Allen Ludden bought this home in 1968, five years after they married. Her estate listed this property for sale in April 2022 for $10.575 million. It sold one month later for a little less than $10.7 million.

In September 2022, an estate sale featuring around 1,600 of Betty's personal items was conducted by Julien's Auctions in Beverly Hills. The sale was expected to bring in between $400,000 and $600,000. In the end the sale brought in $4 million. Some of the notable items in the auction included Betty's "Golden Girls" director's chair (sold for $78,000), several signed scripts (each sold for around $50,000), a dress worn on the show (sold for $32,000), as well various pieces from her personal art and jewelry collections.

The funds raised by the estate sale auction will go to charities benefiting animals and the environment.