How much is Betty Buckley Worth?

Betty Buckley net worth: Betty Buckley is an American actress and singer who has a net worth of $4 million. Betty Buckley was born in Big Spring, Texas in July 1947. As an actress she starred as Abby Bradford on the television series Eight Is Enough from 1977 to 1981. From 2001 to 2003 she starred as Suzanne Fitzgerald on the TV series Oz. In 2018 she began starring as Gran'ma on the series Preacher. Buckley has starred in several films including Carrie, Tender Mercies, Wild Thing, Frantic, Anchor Woman, Rain Without Thunder, Wyatt Earp, Simple Irresistible, The Happening, Split, and more. She has had recurring roles on the TV series Evergreen, L.A. Law, Square One Television, Law & Order: Special Victims Unit, Supergirl, and more. Buckley was nominated for Daytime Emmy Awards in 1985 and 1989. She has released several albums and appeared in many stage productions and won a Tony Award in 1983 for Best Featured Actress in a Musical as Grizabella in Cats. 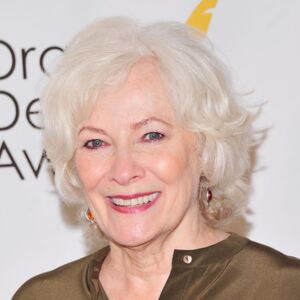