What was Bette Davis's Net Worth and Salary?

Bette Davis was an American actress who had a net worth of $2 million dollars at the time of her death in 1989 after adjusting for inflation. According to her will, Bette's estate was worth $1 million in 1989. The bulk of her estate was left to an adopted son and a close friend. She did not leave any money to her daughters or grand children.

Bette Davis was an actress of Hollywood's Golden Age whose career spanned over 50 years. After having her critical breakthrough with "Of Human Bondage" in 1934, she went on to star in such films as "Dangerous," "Jezebel," "Dark Victory," "The Letter," "Now, Voyager," and "All About Eve," among many others, earning 10 Academy Award nominations in the process. Additionally, Davis co-founded the Hollywood Canteen for servicemen during World War II, and served as the first female president of the Academy of Motion Picture Arts and Sciences.

Her inspiration to become an actress came from Rudolph Valentino's performance in the 1921 film "The Four Horsemen of the Apocalypse". She got her acting start in plays and eventually debuted on Broadway in the 1929 production of "Broken Dishes". She was invited to come to Hollywood after a talent scout noticed her in a stage performance of "Solid South".

Davis appeared in "Marked Woman", "Jezebel", "Dark Victory", and "The Old Maid". She became the studio's most profitable actress and continued to earn the best roles, including parts in "All This and Heaven Too" and "The Letter". Other film credits include "Beyond the Forest", "All About Eve" and "What Ever Happened to Baby Jane?", a role that revitalized her dwindling career in the early 1960s. She was the 1977 AFI winner of the Lifetime Achievement Award, the first woman to receive the honor.

After filming a TV pilot, Davis was diagnosed with breast cancer and suffered four strokes, leaving her partially paralyzed. She died of cancer on October 6, 1989. The ten-time Academy Award winner had four husbands during her 81-year life: Harmon Nelson, whom she divorced in 1938, Arthur Farnsworth, who died in 1943, William Grant Sherry, whom she divorced in 1950 after five years of marriage, and Gary Merrill, whom she also divorced after ten years of marriage in 1960.

Bette Davis was born as Ruth Elizabeth Davis on April 5, 1908 in Lowell, Massachusetts to Harlow and Ruth. She had a younger sister named Barbara Harriet. In 1915, Davis's parents separated; subsequently, Davis went to the Crestalban boarding school in Lanesborough, Massachusetts for three years. With her mother, she then moved to New York City, where she became a Girl Scout patrol leader. Back in Massachusetts, Davis went to Cushing Academy.

Davis had her first paid acting gig playing a chorus girl in the play "Broadway." In 1929, she had a bigger role in the play "The Wild Duck," and made her Broadway debut in "Broken Dishes." The following year, Davis moved to Hollywood to pursue her screen-acting career. She subsequently made her film debut in the 1931 Universal Studios film "Bad Sister." Davis followed this with appearances in two more Universal films: "Seed" and "Waterloo Bridge." Next, she appeared in RKO's "Way Back Home," Columbia's "The Menace," and Capital Films' "Hell's House." Davis followed these with a number of films for Warner Bros., including "The Dark Horse," "Three on a Match," "20,000 Years in Sing Sing," "Parachute Jumper," and "Jimmy the Gent." She was also in such First National pictures as "The Cabin in the Cotton" and "The Big Shakedown."

After appearing in over 20 films, Davis had her critical breakthrough with the RKO film "Of Human Bondage," based on the W. Somerset Maugham novel. Playing the promiscuous Mildred Rogers, she made history when she became the first and only actor ever to earn a write-in nomination at the Academy Awards. 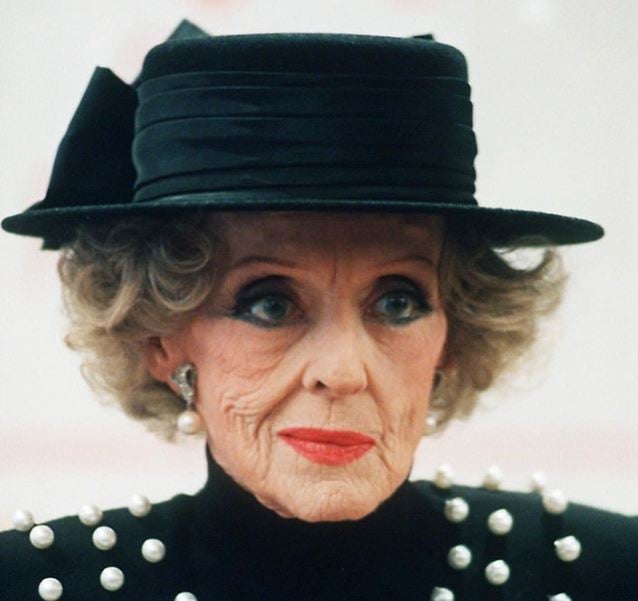 Following "Of Human Bondage," Davis starred in "Housewife," "Bordertown," "The Girl from 10th Avenue," "Front Page Woman," and "Special Agent." In 1935, for playing troubled actress Joyce Heath in "Dangerous," she won her first Academy Award for Best Actress. Davis went on to star in such films as "The Petrified Forest," "The Golden Arrow," "Marked Woman," and "Kid Galahad," before winning her second Academy Award for her performance as headstrong Southern belle Julie Marsden in "Jezebel." Her win instigated the most successful period of her career, in which her credits included "Dark Victory"; "Juarez"; "The Old Maid"; "The Private Lives of Elizabeth and Essex"; "The Letter"; "The Little Foxes"; "In This Our Life"; "Now, Voyager"; and "Watch on the Rhine." Notably, from 1938 to 1942, Davis earned five consecutive Academy Award nominations.

In 1944, Davis received yet another Academy Award nomination for "Mr. Skeffington." She was subsequently in "Hollywood Canteen," "The Corn is Green," "A Stolen Life," "Winter Meeting," and "Beyond the Forest," among other titles. Davis gave one of the most iconic and acclaimed performances of her career in 1950, playing aging Broadway diva Margo Channing in the Oscar Best Picture winner "All About Eve." This was followed by such films as "Payment on Demand," "The Star," "The Virgin Queen," "John Paul Jones," and "The Scapegoat." In the early 60s, Davis made a splash with her performances in "Pocketful of Miracles" and the psychological thriller "What Ever Happened to Baby Jane?," earning her 10th and final Academy Award nomination for the latter. Her subsequent credits included "Dead Ringer," "Hush… Hush, Sweet Charlotte," "The Nanny," and "The Anniversary." Davis's career on the big screen slowed in the 70s, but she did have notable roles in "Connecting Rooms," "Bunny O'Hare," "Burnt Offerings," and "Death on the Nile." In the 80s, she appeared in "The Whales of August," and gave her final film performance in "Wicked Stepmother."

Davis began appearing on television in the 50s. She was in episodes of many popular series, and often presented at the Academy Awards. Davis had arguably her most notable television roles in the 70s and 80s, when she starred in such television films as "The Judge and Jake Wyler"; "Madame Sin"; "Scream, Pretty Peggy"; "The Disappearance of Aimee"; "White Mama"; "Skyward"; and "Family Reunion." She was also in the miniseries "The Dark Secret of Harvest Home" and "Little Gloria… Happy at Last."

Davis was married four times. Her first marriage was in 1932 to Harmon O. Nelson, whom she met at Cushing Academy. The pair eventually divorced in 1938. Two years later, Davis wed innkeeper Arthur Farnsworth; they were together until his passing in 1943. She next married artist William Grant Sherry in 1945; they had a daughter nicknamed B. D., and divorced in 1950. Davis's fourth and final husband was actor Gary Merrill, with whom she starred in "All About Eve." The couple adopted a baby girl named Margot and a baby boy named Michael. The family resided on the coast of Cape Elizabeth, Maine. Davis and Merrill eventually divorced in 1960.

In 1983, Davis was diagnosed with breast cancer. Two weeks after undergoing a mastectomy, she had multiple strokes that paralyzed part of her face and left arm. Davis had a partial recovery after an extended period of physical therapy. Later, in 1989, she collapsed at an awards show. Davis still made it to a film festival in Spain, but was too ill to return to the United States. Instead, she went to France, where she passed away at the age of 81. 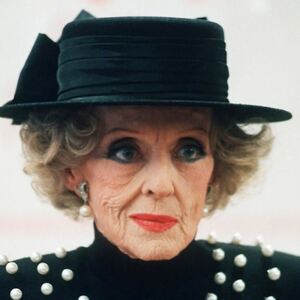