Betsy Rue net worth: Betsy Rue is an American actress and pop singer who has a net worth of $100 thousand. Betsy Rue first appeared in 2006 in episodes of the TV series Still Standing and Las Vegas. In 2010 she starred as Kathy Buttram in the television series Fake It Til You Make It.

Rue starred in the movies The Heartbreak Kid, My Bloody Valentine 3D, Miss March, Deep in the Valley, Scream 11, Sebastian, Groupie, Hallow Pointe, Cowboys from Hell 3D, and Lucky Bastard. She has also appeared in episodes of the TV series CSI: Crime Scene Investigation, Unfabulous, Journeyman, How I Met Your Mother, 'Til Death, According to Jim, NCIS: Naval Criminal Investigative Service, Bones, True Blood, Eastwick, Woke Up Dead, iCarly, 90210, and The Mentalist. Rue's music from the series iCarly can be heard on the show Victorious. 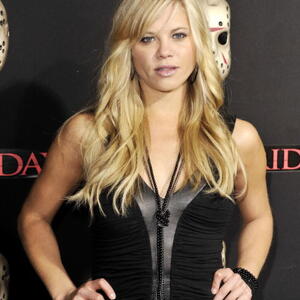