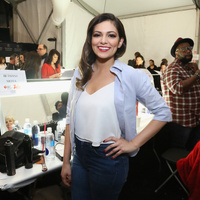 What is Bethany Mota's net worth?

Bethany Mota is an American video blogger who has a net worth of $7 million. Mota is best known for her YouTube channel, "Macbarbie07," on which she shows her fashion purchases and does hair and makeup tutorials. Bethany created her YouTube channel in 2009, and as of this writing, it has 9.6 million subscribers. In 2013, Mota launched a line of clothing, accessories, and perfume at Aéropostale, and the following year, she released the single "Need You Right Now," which reached #30 on the Danish top 40 (Tracklisten) chart.

She competed on "Dancing with the Stars" in 2014, and Bethany and partner Derek Hough finished in fourth place. Mota published the book "Make Your Mind Up: My Guide to Finding Your Own Style, Life, and Motavation!" in 2017, and she has gone on "Motavatours" to meet her fans. Mota was featured on "Forbes" magazine's "30 Under 30: Art & Style" list in 2017.

Bethany Mota was born Bethany Noel Mota on November 7, 1995, in Merced County, California. She grew up with mother Tammy, father Tony, and  older sister Brittany in Los Banos, California, and she is of Portuguese and Mexican descent. Bethany was homeschooled because of bullying, but she went to public school from third grade to sixth grade. As a sixth-grader, Mota briefly took acting and dance classes.

Mota created her YouTube channel in June 2009 to cope with bullying, and she told "Business Insider" in 2014 that YouTube "was kind of an outlet for me to be myself and not really worry about what anyone thought." In her first video, Bethany showed her makeup purchases from Mac and Sephora, and she later branched out to fashion and style purchases, recipes, and DIY crafts. "Business Insider" described her as "a virtuoso of positivity," and in early 2014, the publication estimated that she was earning around $40,000 per month from her videos. Mota launched another YouTube channel, "Bethanyslife," in 2010, and as of this writing, it has 1.98 million subscribers; she has not posted anything on this channel since 2017. In 2014, Bethany was one of the content creators featured in YouTube's first-ever advertising campaign, and in 2015, President Barack Obama was interviewed by Mota and two other YouTubers as part of an initiative to reach a younger audience. That October she gave anti-bullying talks for National Bullying Prevention Month. Mota served as a guest judge on "Project Runway" in 2014, and she has also appeared on "The View," "Live with Kelly and Ryan," "The Meredith Vieira Show," "The Ellen DeGeneres Show," "Today," "Good Morning America," and "Undercover Boss." 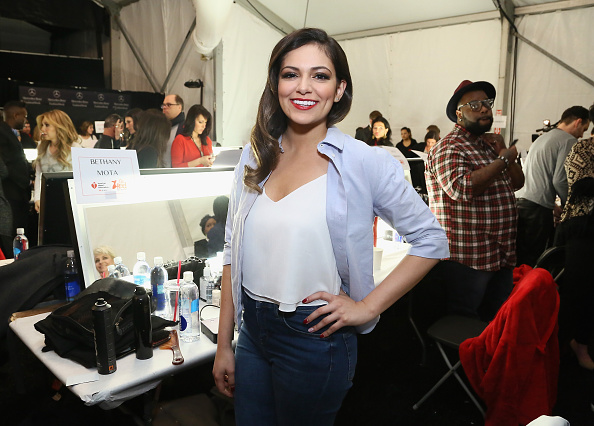 Bethany is a supporter of UNICEF, and she has served as a Kid Power Champion for the organization. In 2015, Mota got involved with UNICEF's Back to School campaign, giving her fans a chance to win lunch with her (as well as a backpack she decorated) by donating through Omaze.com. She said of the campaign, "I am really excited to help UNICEF provide kids with a better education. School supplies are such an important part of learning, and every child – no matter where they live – should have the tools they need to shine in the classroom."