Beth Hall Net Worth: Beth Hall is an American actress and writer who has a net worth of $500 thousand dollars. Beth Hall made her on-screen acting debut in a 1997 episode of "Murphy Brown" as a pregnant woman. She followed that up with an appearance in the 1999 episode "The Apartment" of "It's Like, You Know" as one of the character's mothers.

Two years later, Hall appeared as Babs in a 2001 episode of the popular series "Frasier". Hall played the pepper spray psychic in 2002's straight-to-video flick "Psychic Murders" and Beth in the 2003 episode "Miss Turnstiles" of "Family Affair". She also appeared as a female tenant in an episode of "Oliver Beene" in 2004 and as Shelly Lever in "House M.D. that same year. Hall had one appearance between 2004 and 2011, when she played an assistant to a rabbi in an episode of "Curb Your Enthusiasm". Hall has since played a customer in an episode of "Mistresses" in 2013 and Darva Snerman in a 2014 episode of "Parks and Recreation". Her other appearances include playing a clerk in "The Bridge", a clerk in "Wild", and Olivia in an episode of "Jane the Virgin". Hall is perhaps best known for playing Caroline in close to 20 episodes of the hit AMC series "Mad Men" from 2010 until 2014. She also wrote and starred in the short film "Flea Market" in 2008. 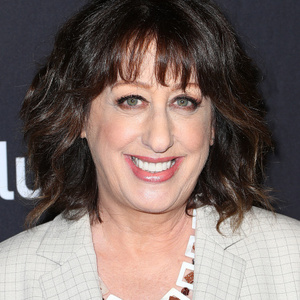