Bess Armstrong net worth: Bess Armstrong is an American actress who has a net worth of $3 million dollars. Born Elizabeth Key Armstrong in 1953 in Baltimore, Maryland, she graduated from Brown University in Rhode Island with Latin and Theater degrees. She appeared in more than one hundred plays before earning her degree and continued acting on-stage during the 1970s, finally making her on-screen debut later that decade.

Armstrong gained fame as Patty Chase on the popular TV series "My So-Called Life". Her other TV and film credits include "Jaws 3-D", "The Four Seasons", "High Road to China", "Frasier", "Boston Legal", "One Tree Hill", and "House of Lies". She is a violinist in her spare time and was given the nickname "Precious Poodle" on the set of "My So-Called Life". Armstrong wed then divorced Chris Carreras after a year of marriage, and has been married to her current husband, producer John Fiedler, since 1985. 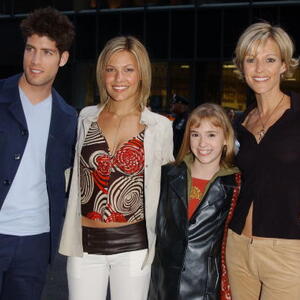