Berto Colon Net Worth: Berto Colon is a Puerto Rican-born American actor who has a net worth of $2 million. Berto Colon was born May 18, 1973 in Ponce, Puerto Rico. Berto Colon moved to New York City when he was 15. He went to Lehman High School then to Fordham University on a football scholarship; a knee injury ended his football career.

Colon was not very keen on wearing a suit to work so he decided to pursue what he reportedly said was his true calling-acting. After studying for over six years, he began auditioning. He did not experience immediate success, but eventually got a few callbacks and ultimately landed work. He went on to appear in several off-Broadway productions, feature films and commercials. He also appeared in Two Night Stand (2014), Grand Theft Auto IV (2008) and Fighting (2009). Berto Colon has also been seen in television shows such as Orange is the New Black, Rescue Me, White Collar, Person of Interest, Royal Pains, Viva Hollywood!, Blue Bloods, NYC 22, Made in Jersey and the daytime American soap opera All My Children. His role in Fighting (billed as "Expensive Suit Man") saw him appearing alongside the likes of Channing Tatum, Terrence Howard and Luis Guzmán. He lists acting, traveling and surfing as interests. 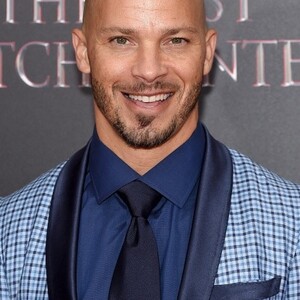