Berenice Marlohe Net Worth: Berenice Marlohe is a French actress who has a net worth of $3 million. She is best known for playing the role of Severine in the James Bond film Skyfall.

Berenice Marlohe was born in Paris, France in May 1979. She studied at the Conservatoire de Paris for ten years. Her first appearance came in the short film La discordance in 2007. She appeared in French TV series and then had a recurring role in 2010 on Medical Emergency. Her best known role came as the anti-heroine Bond girl Severine in the twenty third James Bond film Skyfall. She has also starred in the films Happiness Never Comes Alone and 5 to 7. She has appeared in the TV series Pas de secrets entre nous, Femmes de loi, Le temps est a l'orage, Pere et maire, and R.I.S. Police scientifique. Her role in Skyfall earned her a National Film Society Award nomination in 2012 for Best Supporting Actress. In 2017 she appeared in the Terrence Malick film Zoey. Berenice also works as a brand ambassador for Omega Watches. 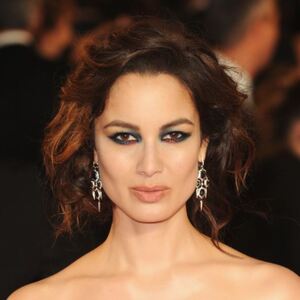