Benjamin Walker net worth: Benjamin Walker is an American actor and stand-up comedian who has a net worth of $6 million. Benjamin Walker was born in Georgia on June 21, 1982 as Benjamin Walker Davis. Walker attended the Interlochen Walker is best known for his title role in Abraham Lincoln: Vampire Hunter (2012) and his role as Andrew Jackson in the musical Bloody Bloody Andrew Jackson, for which he received great critical acclaim. Walker was originally cast as Hank McCoy/Beast in the 2010 film X-Men: First Class, but gave up the role in order to star in Bloody Bloody Andrew Jackson. Walker was cast as the Archangel Michael in a film adaptation of Paradise Lost, but production on the film was canceled in 2012. Walker has worked alongside better-known actors such as Frank Langella, Christopher Plummer, Danny Glover, Barry Levinson and Ed Begley, Jr. Walker will appear as George Pollard, Jr.—a whale-ship captain who served as the inspiration for Herman Melville's character Captain Ahab in Moby-Dick—in the 2015 film In The Heart of Sea. Walker will appear alongside Chris Hemsworth, Cillian Murphy and Tom Holland in the film. As a stand-up comedian, Walker has appeared at Caroline's, Comedy Village, and The Comedy Store. Walker was married to actress Mamie Gummer—best known for her title role in the television series Emily Owens, M.D.—from 2011 to 2013. 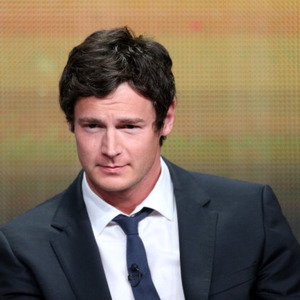