Benito Martinez Net Worth: Benito Martinez is an American actor who has a net worth of $2 million. Born in 1971 in Albuquerque, New Mexico, Benito Martinez studied at the London Academy of Music and Dramatic Art. While in school, he became certified in stage combat. Martinez has held dozens of on-screen roles throughout his career, making his debut in 1988's "The Bronx Zoo" as Fernandez.

In 2002, he scored his best-known role, playing David Aceveda in FX's series "The Shield". Martinez reprised the role for the video game based on the TV show. He also landed another role with FX as Luis Torres on the popular series "Sons of Anarchy". He has appeared on eight episodes of "Saving Grace" as Ronnie Rodriguez, five episodes of "Supernatural", and the second season of Netflix's "House of Cards" as Hector Mendoza. Martinez is slated to appear as Alonzo Gutierrez in the upcoming ABC series "American Crime" with Felicity Huffman and Timothy Hutton. He appeared as Billie's manager in "Million Dollar Baby" and as Brett in "Saw" in 2004. He's also appeared in "End Game", "Kill Your Darlings", "Not Forgotten", "The Dry Land", "Unthinkable", "Bless Me, Ultima", "Zorro", "NYPD Blue", "Once and Again", "Touched by an Angel", "What's New, Scooby-Doo?", "Bones", "The Forgotten", "The Unit", and "Castle". 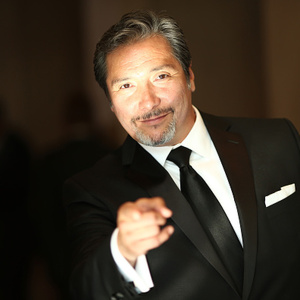