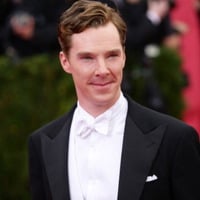 Benedict Cumberbatch net worth: Benedict Cumberbatch is a British actor who has a net worth of $40 million dollars. His professional acting career began in 2000 and has never stopped since. He is most widely recognized for his work in such film projects as "The Other Boleyn Girl", "Tinker Tailor Soldier Spy", and in the popular BBC series, "Sherlock" as Sherlock Holmes.

Early Life: Benedict Timothy Carlton Cumberbatch was born on July 19, 1976 Hammersmith, London, England, and grew up in a family of actors. Cumberbatch attended boarding schools from the age of eight, beginning with Brambletye School in West Sussex. He went on to attend the prestigious Harrow School on an Arts scholarship, where he was involved in numerous Shakespearean plays. He made his acting debut in "A Midsummer Night's Dream" when he was 12. Cumberbatch took a gap year before college to volunteer as an English teacher at a Tibetan monastery in India. He then went on to graduate from the University of Manchester, where he majored in Drama. From there, he went on to study at the London Academy of Music and Dramatic Art.

Career: Cumberbatch has appeared in numerous successful theater, film, and television productions, and has built a name for himself playing leading men with "issues". Since 2001, he has had major roles in classic plays at the Regent's Park Open Air, Royal Court, and Royal National Theaters. He has also appeared in many Shakespeare plays at the London Barbican Theater. His role in "Hedda Gabler" in May 2005 marked his first-ever West End appearance in London. He has also starred in the multi-award-winning theater production of "Frankenstein" at the Royal National opposite Johnny Lee Miller.  Cumberbatch began appearing on television when he landed guest roles in "Heartbeat" and "Tipping the Velvet" in the early 2000s. In 2004, Cumberbatch landed his first main television part when he appeared as Stephen Hawking in "Hawking." For her performance, he was nominated for a BAFTA TV Award for Best Actor and won the Golden Nymph for Best Performance by an Actor. While filming "To the Ends of the Earth" in 2005 in South Africa, he experienced a terrifying carjacking incident.

Cumberbatch got his first starring role in a film in 2007's "Atonement." The next year, he starred in "The Other Boleyn Girl." Cumberbatch began playing his most iconic role to date in 2010 when he starred as Sherlock Holmes in the BBC series "Sherlock." His performance and the show as a whole were widely critically acclaimed during the series' run from 2010-2017. Cumberbatch was nominated for six Primetime Emmy Award nominations for his role over the course of the show and won one in 2014.

In 2013, Benedict appeared in four movies that ended up being nominated in some or several Academy Awards categories. Those movies were "12 Years as a Slave", "Star Trek: Into Darkness", "August: Osage County" and "The Hobbit: The Desolation of Smaug". In 2014 he starred in "The Imitation Game", which earned him an Academy Award nomination for Best Actor. In November 2016, Cumberbatch starred as Doctor Strange in a film with the same name, in "Avengers: Infinity War" in 2018, and "Avengers: Endgame" in April 2019. Also in 2019 he appeared briefly in the Sam Mendes war film "1917." That same year, Cumberbatch won a BAFTA for his starring role in the Showtime/Sky Atlantic limited series "Patrick Melrose."

Outside of his on-stage and on-screen career, Benedict has also done loads of voice work. He has an affinity for radio work and has done numerous BBC productions. His best-known radio work is his 2009 adaptation of a novel by John Mortimer titled "Rumpole and the Penge Bungalow Murders." He also played Angel Islington in the 2013 BBC Radio 4 adaptation of Neil Gaiman's "Neverwhere." On June 6, 2014, the 70th anniversary of the Normandy landings, Cumberbatch read the original BBC radio bulletins for BBC Radio 4. Cumberbatch has also narrated several documentaries for National Geographic and Discovery, as well as narrated several audiobooks. 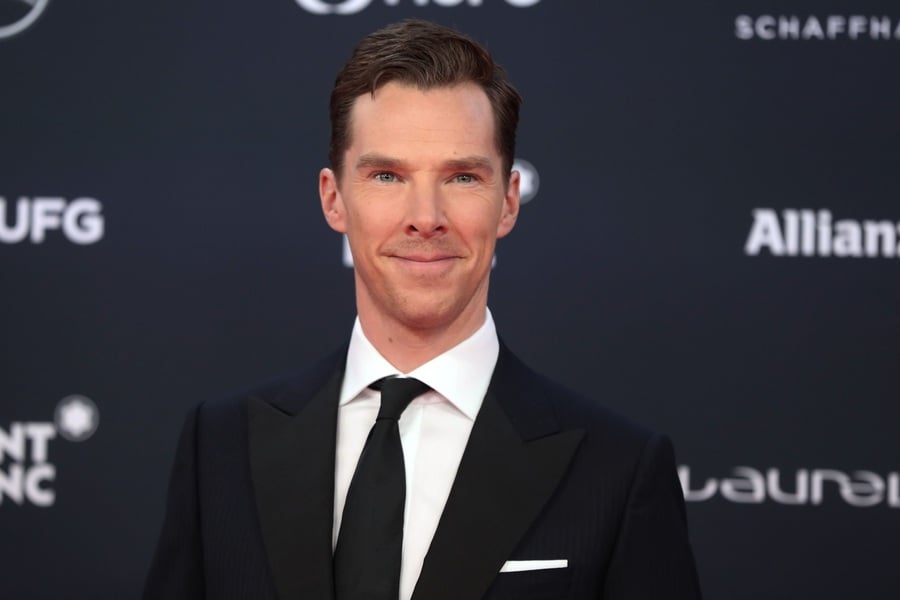 Personal Life: Cumberbatch and his two friends Theo and Denise Black were abducted in South Africa after busting a tire. They were held at gunpoint by a group of locals, put in a van and driven into unsettled territory. Prior to the burst tire, they had been listening to Radiohead's "How to Disappear Completely." Cumberbatch has stated that now whenever he hears the song it reminds him of a "sense of reality and a reason for hope."

Cumberbatch married opera director Sophie Hunter in February 2015. They had been friends for 17 years prior. They have two sons, Christopher Carlton (b. 2015) and Hal Audren (b. 2017).

Charity Work: Cumberbatch is an ambassador for The Prince's Trust. He supports many organizations that focus on using the arts to help disadvantaged young people, including Odd Arts, Anno's Africa, and Dramatic Need. He has been an ambassador for the Motor Neurone Disease Association since portraying Stephen Hawking in 2004. Cumberbatch donates artworks for charities and fundraisers in support of The Willow Foundation and the Thomas Coram Foundation for Children.

In May 2014, he joined Prince William and Ralph Lauren at Windsor Castle for a cancer awareness fundraising gala for the benefit of the Royal Marsden NHS Foundation Trust. He posed for photographer Jason Bell at an exhibit at Pall Mall, London in 2014 to mark ten years of the "Give up Clothes for Good" charity campaign. It has raised $17 million for Cancer Research UK. Cumberbatch is also a founding member of the "Save Soho" campaign, which aims to protect iconic music and performing arts venues in Soho.

He has also fronted a video campaign to help the charity Save the Children in its mission to aid young Syrian refugees. Cumberbatch was one of the signatories of an open letter published in The Guardian that criticized the government for its actions around the refugee crisis. Cumberbatch received the honor of CBE from the Queen at a ceremony at Buckingham Palace on November 10, 2015 for his services to the performing arts and to charity. In 2016, he was appointed a visiting fellow at Lady Margaret Hall at Oxford University.