He shot to Broadway stardom when he won the 1972 Tony Award for his starring role in Bob Fosse's Pippin. He was nominated for a Tony Award for Jesus Christ Superstar in 1972. He became a famously versatile song-and-dance man, a stage star who appeared occasionally in feature films and television. His most famous roles on TV include African slave Chicken George in the miniseries Roots (1977), Jeff Goldblum's partner in the 1980 cop show Tenspeed and Brownshoe and the grumpy police captain in Silk Stalkings. He won an Emmy nomination in 1977 in Alex Haley's landmark TV miniseries Roots. Numerous offers of work followed on the heels of his success in Roots. In addition to an already dizzying schedule, he developed a live stage act that he performed in nightclubs all over the world. In the 1990s, he guest-starred on TV's Star Trek: The Next Generation as the father of engineer Geordi LaForge, played by LeVar Burton. In Roots he had played the grandson of another Burton character, Kunta Kinte. In 2005, he appeared in the Broadway musical Wicked as the Wizard of Oz. He was a recreational drug user for years, he became seriously addicted to cocaine after his daughter was killed in a 1987 automobile accident. He made up for those lost opportunities by founding Celebrities for a Drug-Free America, a nonprofit organization dedicated to educating young people about the dangers of drugs. Ben Vereen was born on October 10, 1946 in Miami, Florida. 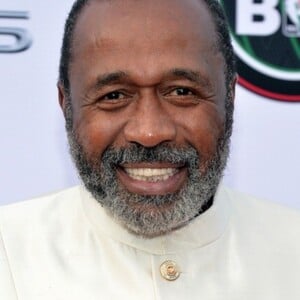