What is Ben Stiller's net worth and Salary?

Ben Stiller is an American actor, comedian, writer, film director, and producer who has a net worth of $200 million. Ben Stiller is perhaps best known for films such as "Zoolander," "There's Something About Mary," "Meet The Parents," and "Tropic Thunder." To date, Ben Stiller movies have generated more than $6 billion at the global box office.

Ben Stiller had rather big shoes to fill when he decided to pursue a career in acting.  The son of award-winning actors Jerry Stiller and Anne Meara, he caught the acting bug early, and dropped out UCLA Film School during his freshman year, in order to return to New York to focus on auditioning and securing an agent.  His acting career quickly took a backseat to his short filmmaking career, and after his short, "The Hustler of Money", caught the eye of the "Saturday Night Live" team, he was invited to write for the popular program, as well.  However, his relationship with "SNL" was short-lived, and he went back to producing his own short films.  Then MTV came calling, and he was invited to create his own show called, "The Ben Stiller Show".  The series was centered around his comedic short films, and only lasted a season.  It was snapped up by the Fox Network in the early 90s, and aired for one more season, winning an Emmy for "Outstanding Writing", before being cancelled once again.  He directed his first feature film, "Reality Bites", in 1994, and finally became a household name with his comedic turn in 1998's "There's Something About Mary".  Since then, he has gone back and forth between directing and acting work, and has proven to be a consistently successful box office draw.  Some of his projects have included, "Meet the Parents" and its sequels, "Zoolander", "The Royal Tenenbaums", "Starsky and Hutch", "Anchorman: The Legend of Ron Burgundy", "Along Came Polly", "Night at the Museum" and its sequel, and "Tropic Thunder".

Born Benjamin Edward Stiller on November 30, 1965, he is the son of two famous acting parents, Jerry Stiller and Anne Meara. Ben has often said that his childhood was unconventional and unusual and that he was "born for a career in show business." Stiller grew up on the Upper West Side and frequently attended the sets of his parents' TV shows. His older sister, Amy, also works in the entertainment business and has appeared on many of Ben's productions. The two would make Super 8 movies together as kids. Stiller first made his acting debut at age nine when he played a guest role on his mother's TV series Kate McShane. He then began to perform with NYC's First All Children's Theater. Stiller graduated from the Calhoun School in New York in 1983. He enrolled in film school at the University of California Los Angeles but left to go back to NYC after nine months to take acting classes and audition for roles. 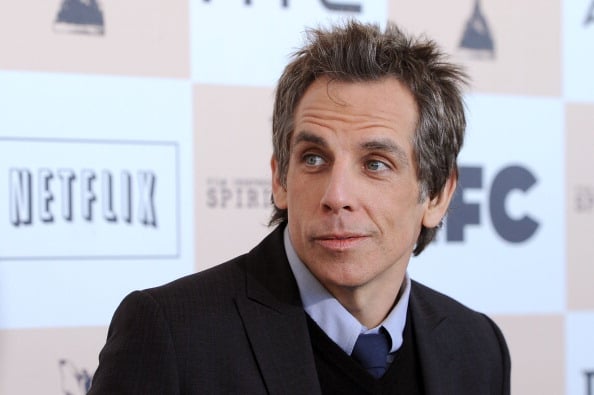 In 1986, Stiller was cast in Broadway revival "The House of Blue Leaves." It went on to garner four Tony Awards. Ben got his start by producing satirical "mockumentaries" and short films. His first 10-minute short, "The Hustler of Money," got the attention of "Saturday Night Live." They aired it in 1987 and two years later they offered Stiller a writing position on the show. Meanwhile, he had a small role in "Empire of the Sun," a Steven Spielberg film. In 1989, Stiller was working as a writer on "SNL" and also appeared as a featured performer. However, he left after four episodes because the show refused to let him make more short films. Stiller turned his attention creating "Elvis Stories," a short film based around a fictitious tabloid that reported on recent sightings of Elvis Presley. The film featured some of his now-famous friends: John Cusack, Mike Myers, and Andy Dick. He got the attention of MTV and he developed a short film for them. The producers were so impressed that they offered Ben a 13-episode show. It was called "The Ben Stiller Show" and involved sketches, music videos, and parodies of various TV shows and films. It was canceled after one season but led to another show of the same title on Fox in 1992. Judd Apatow joined as a writer. The show was a ratings hit, although short-lived, and it even won an Emmy.

Stiller continued into the '90s and in 1992 he was approached to direct "Reality Bites." He spent the next year and a half rewriting the script, fundraising, and recruiting actors for the film. It was released in 1994, directed by and starring Stiller. It debuted as the highest-grossing film in its opening weekend. Stiller next played two roles in the film "Heavyweights" and then tackled his next directing gig with "The Cable Guy," starring Jim Carrey. He also acted in the film. 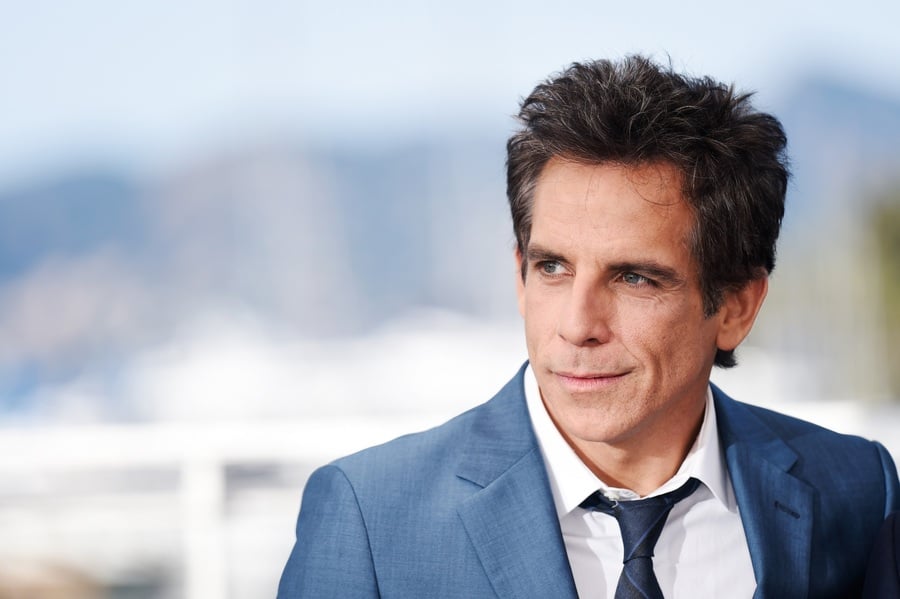 Starring alongside Cameron Diaz in the 1998 Farrelly Brothers film "There's Something About Mary" made Stiller a household name. He earned $3 million for his work in the comedy. In 2000, Stiller starred in "Meet the Parents," which is probably his most iconic role to date. Stiller starred in "Zoolander," for which he earned $2.5 million. In 2001 he met up again with co-star Owen Wilson in "The Royal Tenenbaums." 2004 was a busy year for Stiller, as he appeared in six comedies and some of the highest-grossing films of his career. These included "Dodgeball," "Along Came Polly," and "Anchorman," among others. His next big leading role came in 2006 with "Night at the Museum," which earned over $115 million in just 10 days. He continued to add to his filmography list and also starred in the third installment of the "Meet the Parents" trilogy. In 2013, Ben produced, directed, and starred in "The Secret Life of Walter Mitty," which turned out to be a box office and critical success. Ben also starred in the sequels to "Night at the Museum" and "Zoolander."

To date, Ben has written, starred in, directed or produced more than 50 films. As an actor, his films have grossed more than $6.4 billion at the worldwide box office. He has won many awards for his work, including several MTV Movie Awards and a Teen Choice Award. Ben Stiller is a charter member of "The Frat Pack," a group of actors who have worked together on many theatrical comedy productions. This group includes Jack Black, Will Ferrell, Vince Vaughn, Owen Wilson, Luke Wilson, and Steve Carell. 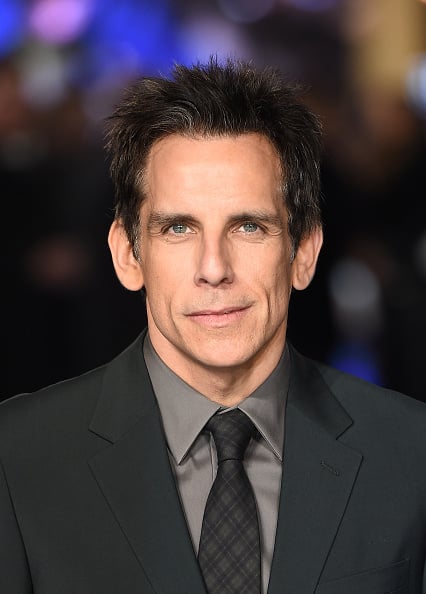 Stiller has dated Jeanne Tripplehorn, Amanda Peet, and Calista Flockhart. Stiller married actress Christine Taylor in May 2000 at a beachfront ceremony in Hawaii. The couple met while filming a television pilot for Fox that never aired. They have appeared onscreen together in several films including "Zoolander," "Tropic Thunder," and "Arrested Development." Together they have two children, a daughter, Ella Olivia, and a son, Quinlin Dempsey. Quinlan shared the role of his father's character, Alex, as a cub, with another boy named Declan Swift in "Madagascar: Escape 2 Africa." Unfortunately, in May 2017 Ben and Christine announced that they were separating after 17 years of marriage.

Ben was diagnosed with Lyme disease in 2010 and diagnosed with prostate cancer in June 2014. After a successful surgery, he was given a cancer-free status in September 2014.

Stiller appeared on the game show "Who Wants to Be a Millionaire?" in 2001. He won $32,000 for his charity Project ALS. The other charities he supports include Declare Yourself, the Elizabeth Glaser Pediatric AIDS Foundation, the Starlight Starbright Children's Foundation, and various animal rights organizations. Stiller was appointed Goodwill Ambassador for the United Nations High Commissioner for Refugees in 2018.

Stiller is a supporter of the Democratic Party and has donated and fundraised for John Kerry in 2004 and Barack Obama in 2008. He has also given money to the presidential campaigns of John Edwards and Hillary Clinton. 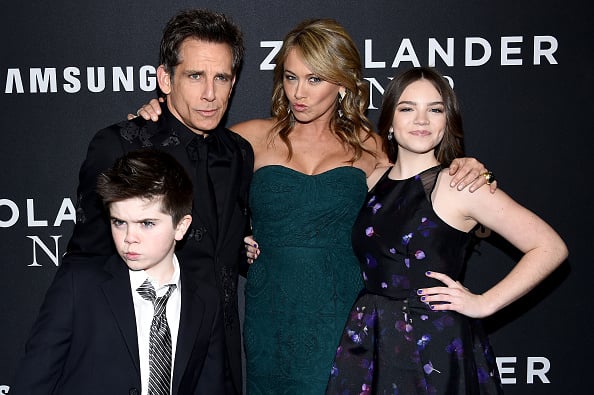 In 2011 they sold their longtime LA residence for $7.3 million to Jason Statham, who sold the home two years later for $9.2 million to "Big Bang Theory" star Johnny Galecki.