Ben Powers net worth: Ben Powers was an American actor who had a net worth of $1 million. Ben Powers was born in Brooklyn, New York in July 1950 and passed away in April 2015. He was best known for playing the role of Keith Anderson on the television series Good Times. Powers was a stage actor and also did stand-up comedy and worked at the Playboy clubs in New York, Boston, and Las Vegas. His best known role came starring as Keith Anderson in the TV series Good Times from 1978 to 1979. From 1984 to 1985 he starred as Moochie in the series The New Mike Hammer. Powers starred in the films Cheech and Chong's Next Movie, Things Are Tough All Over, and The Man Who Loved Women. He was a cast member of the TV series Laugh-In and appeared in episodes of the TV series Gimme a Break!, Flaming Road, The New odd Couple, The Greatest American Hero, and Laverne & Shirley. Ben Powers passed away on April 6, 2015 at the age of 64. 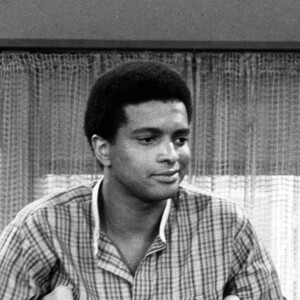