Ben Mendelsohn net worth and salary: Ben Mendelsohn is an Australian actor who has a net worth of $9 million. Ben Mendelsohn was born in Melbourne, Victoria, Australia in April 1969. In 1985 he had recurring roles in the TV series The Henderson Kids and A Country Practice. Mendelsohn starred as Warren Murphy in the television series Neighbours from 1986 to 1987.

From 2006 to 2007 he starred as Lewis Feingold in the series Love My Way and in 2009 Mendelsohn starred as Vince Kovac in the series Tangle. From 2015 – 2017 he starred as Danny Rayburn in the television series Bloodline. Mendelsohn has also starred in the movies The Still Point, The Year My Voice Broke, The Big Steal, Nirvana Street Murder, Return Home, Quigley Down Under, Spotswood, Map of the Human Heart, Sirens, Metal Skin, Amy, Mullet, Beautiful Kate, Animal Kingdom, The Dark Night Rises, The Place Beyond the Pines, Starred Up, Exodus: Gods and Kings, and Mississippi Grind. Mendelsohn has been nominated for a Golden Globe Award and won a Primetime Emmy Award for Bloodline. He appeared in the 2016 Star Wars movie Rogue One, the 2017 movie Darkest Hour and the 2018 movie Robin Hood. Ben has been marred to British author Emma Forrest since 2012. He has two daughters, one from a previous relationship. 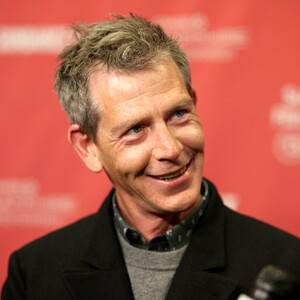