What is Ben McKenzie's Net Worth and Salary?

Ben McKenzie was born Benjamin McKenzie Schenkkan on September 12, 1978, in Austin, Texas. His mother, Frances, is an award-winning poet, and his father, Pieter, is an attorney. Ben has two brothers, Nate and Zack, and his uncle is Robert Schenkkan, a Pulitzer Prize-winning playwright. McKenzie studied at St. Andrew's Episcopal School, where he played flag football with Drew Brees, would go on to become Super Bowl XLIV MVP. Ben was defensive back and wide receiver for Stephen F. Austin High School's football team, and after graduating in 1997, he enrolled at the University of Virginia, earning a degree in economics and foreign relations in 2001.

After college, Ben relocated to New York City and performed in off-off-Broadway productions while working part-time jobs. He performed at the Williamstown Theatre Festival in Massachusetts and took part in summer stock productions as well. McKenzie moved to Los Angeles when he was 23, and he got a job waiting tables and stayed with a friend, actor Ernie Sabella, who voiced Pumbaa in Disney's "The Lion King" and played Leon Carosi on "Saved By The Bell." Ben made his television debut on a 2002 episode of the CBS crime drama "The District" in 2002 and guest-starred on another CBS drama, "JAG" (2003), before landing the role of Ryan Atwood on "The O.C." The show was a hit, making stars out of McKenzie, Mischa Barton, Rachel Bilson, and Adam Brody. The series aired 92 episodes over four seasons, and Ben's salary was reportedly $15,000–$25,000 per episode. During the show's run, McKenzie was included in "Teen People" magazine's "25 Sexiest Stars under 25" twice and was named one of 2005's "10 Hottest Bachelors of Summer" in "InStyle" magazine. 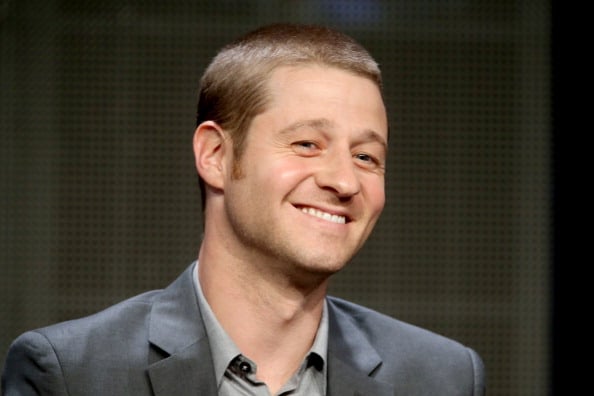 While starring as the lead on "The O.C.," Ben also found time to begin his film career, co-starring with Amy Adams in 2005's "Junebug," which won more than 20 awards. That year McKenzie was also cast in "Pacific Air 121" (which was released in 2006 as "Snakes on a Plane"), but he dropped out to co-star with Al Pacino in "88 Minutes." In 2008, he starred in "Johnny Got His Gun," a "live on stage, on film" solo show based on a 1939 novel by Dalton Trumbo, and the following year, he appeared in "The Eight Percent," a short film that won the Delta Air Lines Fly-in Movie Contest. In 2009, Ben began starring as police officer Ben Sherman on "Southland," which premiered on NBC, then moved to TNT for seasons two through five. In 2010, he played Jim O'Connor in a production of "The Glass Menagerie" at L.A.'s Mark Taper Forum, and in 2011, he voiced Batman/Bruce Wayne in "Batman: Year One" and Odnarb on the animated series "Scooby-Doo! Mystery Incorporated." McKenzie also produced and appeared in the 2011 short film "The Blisters: How Three Became Four," and starred in the movies "Adventures in the Sin Bin" (2012), "Decoding Annie Parker" (2012), "Goodbye World" (2013), and "Some Kind of Beautiful" (2014).

In 2014, Ben began playing detective James Gordon on "Gotham," appearing in every episode of the show's 5-season run. He directed the episodes "These Delicate and Dark Obsessions," "One of My Three Soups," and "13 Stitches" and wrote "The Demon's Head" and "The Trial of Jim Gordon." In 2019, McKenzie appeared in the films "The Report" and "Line of Duty," and in early 2020, he starred on Broadway in "Grand Horizons" at the Hayes Theater.

Ben began a relationship with "Gotham" co-star Morena Baccarin in 2015, and in September of that year, a legal document involving Baccarin's divorce stated that she was pregnant with McKenzie's child and was planning to marry him. The couple welcomed daughter Frances on March 2, 2016, and wed on June 2, 2017 (Morena's 38th birthday) at the Brooklyn Botanical Gardens. Ben is also stepfather to Julius, Morena's son from her marriage to Austin Chick.

McKenzie previously owned a home in the Nichols Canyon area of Los Angeles, which he sold for nearly $1.9 million in 2015. 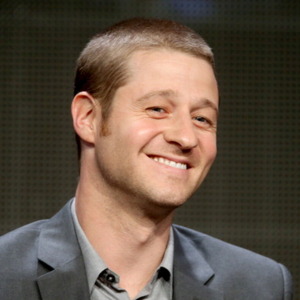