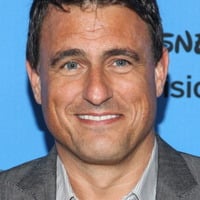 Ben Koldyke net worth: Ben Koldyke is an American actor who has a net worth of $7 million. Ben Koldyke was born in Chicago, Illinois in March 1968. From 2012 to 2013 he starred as Lee Standish on the television series Work It. Koldyke starred as Dick Slingbaugh on the TV series Back in the Game from 2013 to 2014. In 2015 he starred as Paul Edley on the series Masters of Sex. Ben Koldyke has also had recurring roles on the TV series Big Love as Dale Tomasson in 2010, How I Met Your Mother as Don from 2009 to 2010, Mr. Robinson as Jimmy Hooper in 2015, and Gortimer Gibbon's Life on Normal Street from 2015 to 2016. Koldyke has starred in the movies The Next Best Thing, Thirteen Days, Stuck on You, The Finest Hours, and more. He has also written and directed the films Red Zone and Osama Bin Laden: Behind the Madness and the short film Jedi Gym.