What is Ben Kingsley's Net Worth?

Sir Ben Kingsley is an English actor who has appeared in numerous films, stage productions, and television programs over his prolific career. Ben Kingsley has a net worth of $60 million. Beginning in the Royal Shakespeare Company in 1967, he starred in "As You Like It," "Much Ado About Nothing," "The Tempest," and "Hamlet," among other plays. In the movies, Kingsley is best known for his Oscar-winning lead performance in "Gandhi," as well as for his work in such films as "Schindler's List," "Sexy Beast," and "House of Sand and Fog."

Ben Kingsley was born as Krishna Pandit Bhanji in 1943 in Snainton, Yorkshire, England. His mother was English actress and model Anna Lyna Mary, while his father was Rahimtulla Harji Bhanji, a doctor of Gujarati Indian descent. Kingsley was raised in Pendlebury, Lancashire, and attended the Manchester Grammar School in Manchester. For his higher education, he went to De La Salle College in Salford.

At the age of 23, Kingsley made his professional stage debut; he was subsequently approached by music producer and manager Dick James, who wanted to turn the actor into a pop star. Declining the offer, Kingsley chose to join the Royal Shakespeare Company in 1967. Over the next 15 years, he devoted himself almost exclusively to the stage, starring in "As You Like It," "Much Ado About Nothing," "Richard III," "The Tempest," "A Midsummer Night's Dream," "Hamlet," and "The Merry Wives of Windsor." Beyond Shakespeare, Kingsley starred in Peter Hall's 1977 production of "Volpone" and in a 1982 production of "Death of a Salesman" in Sydney.

Kingsley transitioned from stage to the silver screen in 1972, when he made his film debut in the British action thriller "Fear is the Key." However, it was a decade later when he had his international breakthrough, starring as Mohandas Gandhi in Richard Attenborough's 1982 biopic "Gandhi." Kingsley won a plethora of awards for his performance, including the Golden Globe, BAFTA, and Oscar for Best Actor. The film itself, meanwhile, was a massive critical and commercial success, and was named Best Picture at the 55th Academy Awards. Following this, Kingsley starred opposite Jeremy Irons and Patricia Hodge in a film adaptation of Harold Pinter's "Betrayal," and appeared opposite Nastassja Kinski in the French romance "Harem." Later credits in the 80s include "Turtle Diary," "Maurice," "Pascali's Island," "Without a Clue," and "Slipstream."

After appearing in "The 5th Monkey" and "A Violent Life," Kingsley earned his second Academy Award nomination for his performance in the 1991 crime film "Bugsy." He portrayed real-life mobster Meyer Lansky in a cast including Warren Beatty, Annette Bening, and Harvey Keitel. Following this, Kingsley was in "Necessary Love" and "Sneakers." The actor had a big year in 1993, with notable supporting roles in "Searching for Bobby Fischer," "Dave," and Steven Spielberg's Holocaust drama "Schindler's List." Among Kingsley's later credits in the 90s are "Species," "The Assignment," "Photographing Fairies," "The Confession," and "Parting Shots."

Kingsley began the 2000s with a bang, appearing in four films. In addition to "Spooky House," "What Planet Are You From?," and "Rules of Engagement," he had a highly acclaimed supporting role in the black comedy crime film "Sexy Beast." Kingsley earned numerous citations for his performance as gangster Don Logan, including his third Academy Award nomination. A few years later, in 2003, he received his fourth Academy Award nomination for his performance as an Iranian refugee and former colonel in the psychological drama "House of Sand and Fog." This was followed by a range of roles in films including "Thunderbirds," "Suspect Zero," "A Sound of Thunder," "Lucky Number Slevin," "You Kill Me," "Elegy," "The Love Guru," "The Wackness," and "Transsiberian."

Among Kingsley's notable credits in the early 2010s are Martin Scorsese's "Shutter Island" and "Hugo," the action fantasy "Prince of Persia: The Sands of Time," the political satire "The Dictator," and the Marvel superhero film "Iron Man 3." He also appeared in "Ender's Game," "A Common Man," "Walking with the Enemy," "A Birder's Guide to Everything," "War Story," "Learning to Drive," and "Exodus: Gods and Kings." Kingsley's credits later in the decade include "Self/less," "The Walk," "An Ordinary Man," "Operation Finale," "Night Hunter," and "Spider in the Web." 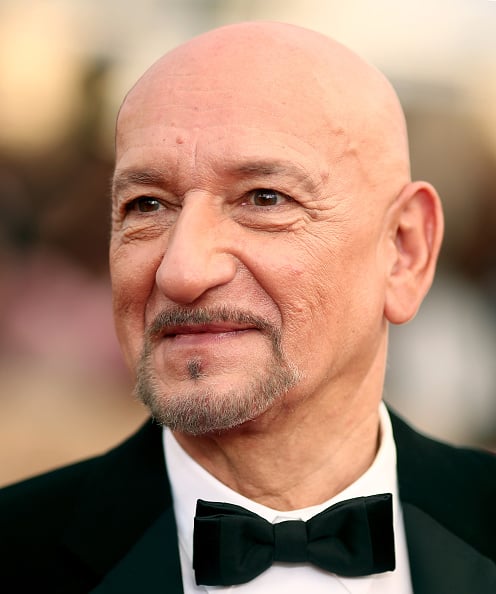 Throughout the 60s and 70s, Kingsley had small parts on a number of British television shows, including the thriller "Orlando," the soap opera "Coronation Street," the anthology series "Play for Today," and the BBC historical drama "The Love School." From 1976 to 1979, he had a recurring role as defense counsel Jeremy Leigh on the long-running courtroom drama "Crown Court." Later, in the 80s, Kingsley earned recognition for his work in television movies such as "Silas Marner," "Stanley's Vision," "Lenin: The Train," and "Murderers Among Us: The Simon Wiesenthal Story," in which he portrayed the titular Holocaust survivor. For this performance, he received Golden Globe and Emmy Award nominations.

Kingsley continued to star in television movies and miniseries throughout the 90s. His credits include the Old Testament dramas "Joseph" and "Moses," the satire "Weapons of Mass Distraction," and adaptations of the novel "Crime and Punishment" and the musical "Sweeney Todd." Although Kingsley worked less frequently on television in the 2000s and 2010s, he still gave a number of acclaimed performances. In 2001, he earned SAG, Golden Globe, and Emmy nominations for his role in "Anne Frank: The Whole Story." More nominations came for his work in the 2005 drama "Mrs. Harris" and the 2015 miniseries "Tut." 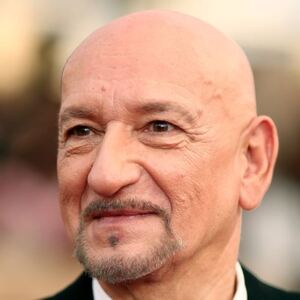