Ben Hardy net worth: Ben Hardy is a British actor who has a net worth of $4 million. Ben Hardy was born in Bournemouth, England in January 1991. He is best known for starring as Peter Beale on the television series EastEnders from 2013 to 2015. Hardy starred as Walter Hartright in the TV mini-series The Woman in White in 2018. He has also appeared in the movies X-Men: Apocalypse in 2016, Mary Shelley in 2017, Only the Brave in 2017, and Bohemian Rhapsody in 2018. Ben Hardy has also appeared in episodes of the TV series Call the Midwife, Children in Need, and Drunk History: UK. He was nominated for a Screen Actors Guild Award in 2019 for Outstanding Performance by a Cast in a Motion Picture for Bohemian Rhapsody. Hardy was also nominated for a Kids' Choice Award, USA in 2017 for #SQUAD for X-Men: Apocalypse. He also starred on stage in The Judas Kiss in 2012. 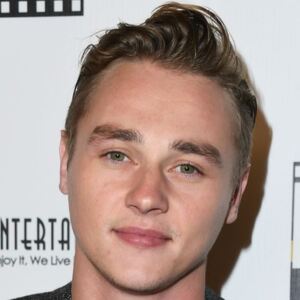