Ben Feldman net worth: Ben Feldman is an American actor who has a net worth of $1.5 million. Born May 27, 1980 in Washington, D.C., Ben Feldman attended Ithaca College in New York, where he earned a bachelor of fine arts degree in acting. After graduating college, he moved to New York City.

His stage credits include performing on Broadway, in The Graduate, alongside actresses Alicia Silverstone and Kathleen Turner, as well as playing the lead character in The Perfect Man. His television credits include portraying Fran Drescher's son on the series Living with Fran, appearing as a regular on Drop Dead Diva (2009 – 2011) and, more recently, joining the cast of Mad Men as the recurring character Michael Ginsberg. Feldman has also appeared in television shows such as Less than Perfect, The Mayor, Them, Numb3rs, Las Vegas, The New Adventures of Old Christine, See Kate Run, Medium, Can Openers, CSI: Crime Scene Investigation, Love Bites, The Mindy Project, Major Crimes, Silicon Valley and A to Z. Other film credits include Where Do We Eat?, Cloverfield, Extreme Movie, Friday the 13th and Departure Date.
From the tender age of six, Feldman was involved in a camp and school theater and later worked as a camp counselor in the theater as well as taught a videography class over several summers in Bethesda, Maryland. Ben also has his own wine label called Angelica Cellars. His maternal aunt-chef, restaurateur, author Susan Feniger-is a Food Network chef starring in the cooking show Too Hot Tamales and the recipient of the Lifetime Achievement Award by the California Restaurant Association. 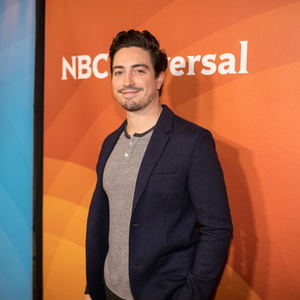