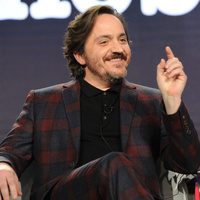 What is Ben Falcone's Net Worth?

Ben Falcone is an American actor, comedian, director, producer and screenwriter who has a net worth of $20 million. Ben Falcone is known for directing, writing, and acting in films featuring his wife Melissa McCarthy. After making his directorial debut in 2014 with the road comedy "Tammy," he went on to direct such films as "The Boss," "Life of the Party," "Superintelligence," and "Thunder Force." Falcone has also appeared in such films as "What to Expect When You're Expecting" and "Enough Said," and on television series including "Joey," "Nobodies," and "God's Favorite Idiot."

Ben Falcone was born on August 25, 1973 in Carbondale, Illinois to Steve and Peg. He is of German, Italian, Irish, and English ancestry

Falcone began acting on the big screen with bit parts in comedies. He made his debut as a theater patron in the 2005 family comedy sequel "Cheaper by the Dozen 2." The next year, Falcone played a tourist at the castle in another family comedy sequel, "Garfield: A Tail of Two Kitties." He had a slightly bigger role in 2007, when he played an agent in Gregg Araki's "Smiley Face." The same year, Falcone appeared as himself in the science-fiction thriller "The Nines." He also acted for the first time alongside his wife Melissa McCarthy in the mockumentary "Cook Off!"; however, the film was shelved for a decade before being released in 2017. Falcone next appeared alongside McCarthy in the hit 2011 comedy "Bridesmaids," in which he played Air Marshal Jon.

In 2012, Falcone had his biggest film role yet in the romcom "What to Expect When You're Expecting." Based on Heidi Murkoff's eponymous pregnancy guide, the film featured an ensemble cast including Cameron Diaz, Jennifer Lopez, Chace Crawford, Anna Kendrick, Dennis Quaid, Chris Rock, and Elizabeth Banks, among many others. Following this, Falcone appeared in small roles in the 2013 comedies "Identity Thief" and "The Heat," both starring McCarthy. The same year, he had more substantial roles in "Enough Said," costarring Julia Louis-Dreyfus and James Gandolfini, and "Bad Words," with Jason Bateman and Kathryn Hahn.

Falcone continued to appear in films alongside Melissa McCarthy throughout the 2010s. In 2014, he played Keith Morgan in his own film "Tammy"; the year after that, he had a bit part in the action comedy "Spy." Falcone was subsequently in "The Boss," "Office Christmas Party," and the big-screen adaptation of the television series "CHiPs." One of his biggest years was in 2018, when he appeared in three theatrical releases alongside McCarthy: the comedies "Life of the Party" and "The Happytime Murders" and the biographical drama "Can You Ever Forgive Me?" Falcone's later acting credits have included "Superintelligence," "Thunder Force," and "Thor: Love and Thunder."

Most of the films directed by Falcone feature his wife Melissa McCarthy as the star, and often as a co-writer as well. His first directorial effort, "Tammy," came out in 2014; while poorly received by critics, the film was a success at the box office. Next, Falcone directed "The Boss," which came out in 2016. In addition to McCarthy, the film featured Kristen Bell, Kathy Bates, Ella Anderson, and Peter Dinklage. Falcone's third film as director, "Life of the Party," came out in 2018; like his first two films, he also co-wrote it with star Melissa McCarthy. Subsequently, he directed the 2020 romantic action comedy "Superintelligence," which was released digitally on HBO Max due to the COVID pandemic. Falcone followed this with the 2021 superhero comedy "Thunder Force," starring McCarthy alongside Octavia Spencer. 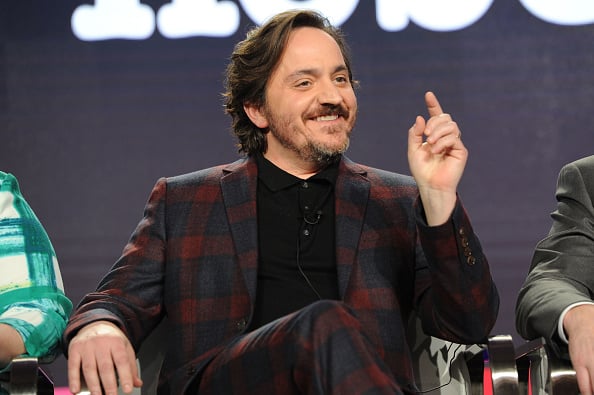 As an actor on television, Falcone first appeared in a 2002 episode of the sitcom "Yes, Dear." After that, he appeared in a 2003 episode of "Gilmore Girls." Falcone had his first substantial role on a regular series from 2004 to 2006, when he played the title character's friend and neighbor on the sitcom "Joey." He was next in episodes of "Bones," "The Looney Tunes Show," "Up All Night," "Happy Endings," and "Go On." From 2014 to 2015, Falcone played gay bar owner Mike on the sitcom "New Girl." During this time, he also had a recurring role on the short-lived series "A to Z." Among his other television acting credits, Falcone appeared in 12 episodes of the series "Nobodies." He also costars with Melissa McCarthy on the Netflix streaming series "God's Favorite Idiot."

In addition to acting, Falcone has created, directed, and written for television. From 2011 to 2012, he wrote 14 episodes of "The Looney Tunes Show." In 2017, he directed the pilot episode of "Nobodies," a series he also produced. Falcone is also the creator and star of "God's Favorite Idiot" on Netflix.

In 2005, Falcone wed actress Melissa McCarthy, whom he had been dating for a while. The couple has two daughters named Vivian and Georgette; the former appeared in Falcone's film "Thunder Force" as the prepubescent version of McCarthy's character Lydia Berman.

In March 2020 Melissa and Ben paid $2.4 million for a newly constructed home in LA's suburb of Valley Village. Not too far from this home, they already own a much larger house in an area called Toluca Lake. They bought their first Toluca Lake home in 2009 for $780,000. In Toluca Lake they also own custom-built home on a property they purchased in 2012 for $3.5 million.

Ben and Melissa previously owned a home in Los Feliz, California which they sold in 2009 for $2.5 million.