Ben Curtis net worth: Ben Curtis is an American actor who has a net worth of $100 thousand. Ben Curtis was born in Chattanooga, Tennessee in November 1980. He is best known for being the "Dell Dude" in advertisements for Dell Computers from 2000 to 2003. Curtis was an Eagle Scout who studied at New York University's Tisch School of the Arts.

He played the role of Stephen in the Dell ad campaign and popularized the phrase "Dude, you're getting a Dell". He went on to star in the movies Rapturious in 2007, Echelon 8 in 2009, and We Are the Hartmans in 2011 which he also co-produced and served as music consultant. Curtis has also appeared in episodes of the TV series Law & Order, Mercy, Method or Madness, Primetime: What Would You Do?, and The Jack and Triumph Show. In 2002 he was nominated for a Teen Choice Award for TV – Choice Personality for being the Dell Dude. In an October 2014 interview, Ben Curtis revealed that during the run of his Dell fame, he received "just around six figures" for his work. 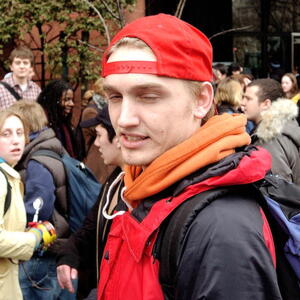