Ben Browder net worth: Ben Browder is an American actor and writer who has a net worth of $3 million. Ben Browder was born in Memphis, Tennessee in December 1962. As an actor he starred as Sam Brody on the television series Party of Five from 1996 to 1997. One of his best known roles came starring as John Crichton on the TV series Farscape from 1999 to 2003.

Another one of his well known roles came starring as Lt. Colonel Cameron Mitchell on the series Stargate SG-1 from 2005 to 2007. Browder has also starred in several films including Memphis Belle, A Kiss Before Dying, Boogie Boy, A Killer Within, Stargate: The Ark of Truth, Stargate: Continuum, Outlaws and Angels, Guardians of the Galaxy Vol. 2, and more. He has also appeared in episodes of the TV series Grace Under Fire, Melrose Place, Murder, She Wrote, CSI: Miami, Chuck, Doctor Who, CSI: Crime Scene Investigation, Modern Family, Criminal Minds, and more. Ben Browder has won multiple Saturn Awards for Best Actor. 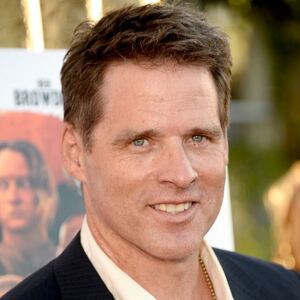