Ben Barnes Net Worth: Ben Barnes is an English actor who has a net worth of $2 million dollars. Ben Barnes was born August 20, 1981 in London, England. He is most widely known for his portrayal of Caspian X in The Chronicles of Narnia films Prince Caspian and The Voyage of the Dawn Treader and for his supporting roles in the films The Words and The Big Wedding.

Barnes made his feature film debut in 2007's Stardust. He then starred in Suzie Halewood's Bigga Than Ben, which was released in 2008 in the United Kingdom and other European countries. Barnes was also cast in Killing Bono, a comedy based on the Neil McCormick memoir Killing Bono: I Was Bono's Doppelgänger, in which McCormick recounts his youth in Ireland as an aspiring rock star who is overshadowed by his friend Bono, the lead singer of U2 (2010). Barnes then returned to the West End stage in London with a starring role as World War I soldier Stephen Wraysford in Birdsong, a drama based on the Sebastian Faulks novel of the same title. He was then cast alongside Bradley Cooper and Zoe Saldana in The Words, playing the younger version of Jeremy Irons' character whose manuscript, based on his life in France, was found by Bradley Cooper's character. Barnes was also cast as Thomas in the film Seventh Son, an adaptation of the book The Spook's Apprentice. Ben Barnes studied drama and English Literature at Kingston University in Kingston-upon-Thames, from which he graduated with B.A. Honors in 2004. 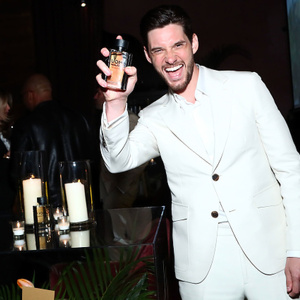