Bellamy Young net worth: Bellamy Young is an American actress, singer, and producer who has a net worth of $4 million. Bellamy Young was born in Asheville, North Carolina in February 1970. She is best known for starring as the First Lady of the United States Melody "Mellie" Grant in the television series Scandal since 2012.

Young starred as Twyla Gentry on the TV series Peacemakers in 2003 and as Assistant State Attorney Monica West on the series CSI: Miami from 2005 to 2006. From 2007 to 2008 she starred as Ellen Darling in the television series Dirty Sexy Money. Young had a recurring role as Dr. Miller on the TV series Scrubs from 2004 to 2009. From 2011 to 2013 she starred as Beth Clemmons on the series Criminal Minds. She has also starred in the films We Were Soldiers, Mission: Impossible III, The Night Stalker, and more. Young won a TV Guide Award in 2013 for Scandal and won a Critics' Choice TV Award for Best Supporting Actress in a Drama Series for the same show in 2014. She previously dated actor Joshua Leonard and in 2016 started dating actor Ed Weeks. 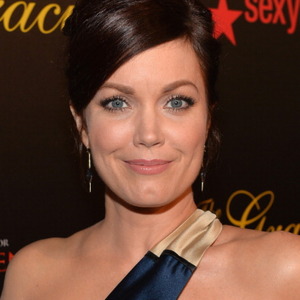