Belinda Carlisle net worth: Belinda Carlisle is an American singer who has a net worth of $14 million. Belinda Carlisle became famous as the lead singer of the rock band the Go-Go's, one of the most successful female bands of all time. Afterward, she went on to have a prolific solo career. Among Carlisle's hits as a solo artist are "Mad About You," "Leave a Light On," and "Heaven is a Place on Earth."

Early Life and Career Beginnings: Belinda Carlisle was born in 1958 in Los Angeles, California to Joanne, a homemaker, and Harold, a gas station worker. She has three brothers and three sisters, all younger than her. At the age of five, Carlisle's father left the family, leaving her to spend most of her childhood in poverty. Later, her mother got remarried to Walt Kurczeski, an alcoholic with whom Carlisle had a turbulent relationship. The family moved often throughout her early life, before settling in Burbank. When she was ten, Carlisle started expressing her interest in music. Following a move to Thousand Oaks as a teenager, she went to Colina Junior High School; subsequently, she went to Newbury Park High School, where she was a cheerleader. After her graduation, Carlisle worked at a fabric store, and then as a photocopier for Hilton Hotels. She took night classes at a beauty college, but dropped out during her first year.

Carlisle had her first professional music gig in 1977, when she became a drummer for the punk rock band the Germs. However, her tenure with the band was curtailed when she contracted mononucleosis.

The Go-Go's: Shortly after departing from the Germs, Carlisle cofounded the Go-Go's, which was originally called the Misfits. Two of the other founding members, Margot Olavarria and Elissa Bello, soon left the group, resulting in the lineup of Carlisle, Jane Wiedlin, Charlotte Caffey, Kathy Valentine, and Gina Schock, all of whom were mostly untrained in music. The Go-Go's went on to become one of the most successful American bands of the 80s, helping to popularize the new wave music genre in the United States. The band also became the first all-female group that played its own instruments and wrote its own music to score a number one album, a feat it accomplished with its 1981 debut, "Beauty and the Beat." Selling over two million copies and becoming RIAA-certified double platinum, the album spawned the hit singles "We Got the Beat" and "Our Lips Are Sealed." Following this, the Go-Go's released "Vacation," which went gold, and "Talk Show." The latter, a relative commercial disappointment in 1984, was the band's last original album until 2001.

Start of Solo Career: After the Go-Go's disbanded in 1985, Carlisle went on to a solo career. She made her debut in 1986 with "Belinda," which became certified gold in the US. One of its singles, "Mad About You," reached number three in the US, and topped the singles chart in Canada. Other hit singles from the album included "I Feel the Magic" and a cover version of "Band of Gold." Following this, Carlisle released her second solo album, "Heaven on Earth," in 1987. Its first single, "Heaven is a Place on Earth," topped the singles charts in the US and UK, while its second single, "I Get Weak,' reached number two in the US and number ten in the UK. Other hit singles were "Circle in the Sand" and "World Without You."

In 1989, Carlisle released her third solo album, "Runaway Horses"; it made it to the top five in both the UK and Australia, going double platinum in the latter. The album's first single, "Leave a Light On," was a top five hit in the UK, Australia, and Canada. Among its other successful singles were "Summer Rain," "La Luna," and "(We Want) the Same Thing." 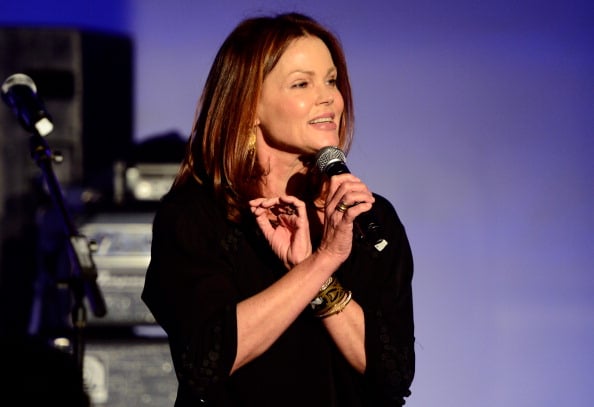 Further Solo Career: Carlisle's fourth solo album, "Live Your Life Be Free," came out in 1991. Its singles included the title track, "Do You Feel Like I Feel?," "Half the World," and "Little Black Book." This album was followed by "Real" in 1993 and "A Woman and a Man" in 1996; the latter reinvigorated Carlisle's career in Europe, spawning the singles "In Too Deep," "Always Breaking My Heart," "Love in the Key of C," and "California." Reaching number 12 in the UK, "A Woman and a Man" became certified gold. In 1999, Carlisle released a greatest hits album in the UK called "A Place on Earth: The Greatest Hits." It featured her hits as well as three new tracks: "All God's Children," "A Prayer for Everyone," and "Feels Like I've Known You Forever." Later solo albums from Carlisle have included "Voila" and "Wilder Shores," the latter of which comprises a selection of Sikh chants.

Go-Go's Reunion: The Go-Go's reunited in 2001 for the album "God Bless the Go-Go's," which spawned the single "Unforgiven." Although it earned mixed reviews, the album made it onto the US Billboard 200, peaking at number 57. The next decade, from 2011 to 2012, Carlisle and the Go-Go's did a tour of the United States that included concerts at the Hollywood Bowl and the Greek Theatre.

Personal Life and Health: In the early 80s, Carlisle was in a relationship with drummer Bill Bateman, with whom she broke up to be with baseball player Mike Marshall. Later, in 1986, Carlisle wed politician and movie producer Morgan Mason; they have one son, Duke. Following the 1994 earthquake in Northridge, California, the family moved to Fréjus in France. In 2017, Carlisle and Mason moved to Bangkok, Thailand.

Carlisle developed a severe addiction to cocaine and alcohol during her early years with the Go-Go's. At the same time, she was dealing with an eating disorder. After her substance abuse reached its peak in 2005, Carlisle swore to pursue sobriety, which she has maintained ever since.

Activism: Spurred on by the coming-out of her 14-year-old son, Carlisle has been vocal about her support of LGBTQ rights. She is also passionate about helping women and animals, having cofounded the Animal People Alliance in 2014. A nonprofit based in Kolkata, India, it raises funds and trains impoverished women to care for animals found on the street. 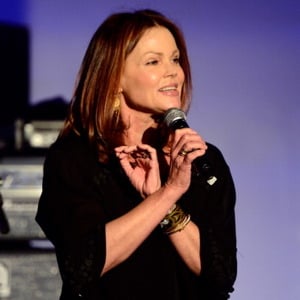