Becki Newton net worth – Becki Newton is an American actress who has a net worth of $2 million. Born in 1978 in New Haven, Connecticut, Becki Newton graduated with a degree in European History from the University of Pennsylvania. After earning her degree, she moved to New York City to pursue an acting career, where she appeared in several commercials. Newton was in a few TV shows, including "Cold Case", "Guiding Light" and "American Dreams" before landing the role of Amanda Tahen on "Ugly Betty" from 2006 to 2010 and Quinn on "How I Met Your Mother". She was nominated for a SAG Award for Outstanding Performance by an Ensemble in a Comedy Series for her and her castmates' work on "Ugly Betty". She also went on to star in "Love Bites" after "Ugly Betty" was cancelled. She was part of the 2013 Fox series "The Goodwin Games". Newton and her husband, Chris Diamantopoulous, have been married since 2005 after they met in a New York subway station. They have one child together. Newton is a member of the Alpha Chi Omega sorority dating back to her time at UPenn. 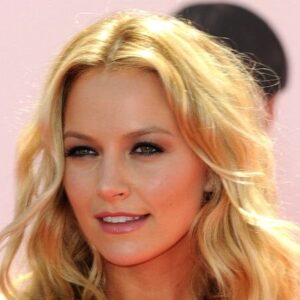