What is Bebe Neuwirth's Net Worth and Salary?

She has also appeared on the series "Law & Order: Trial by Jury" and "Madam Secretary," and in the films "Jumanji" and "Summer of Sam," among others. Neuwirth has also had a successful stage career, with credits including the musicals "Sweet Charity," "Chicago," and "Damn Yankees."

Bebe Neuwirth was born on New Year's Eve in 1958 in Newark, New Jersey to painter Sydney and mathematician and professor Lee. She is Jewish, and has an older brother named Peter. Neuwirth had her first foray into performing at the age of five, when she began taking ballet lessons. Later, as a teenager, she decided to forgo ballet to become a musical dancer on Broadway. Neuwirth went to Princeton High School, and then to Juilliard; however, she left the latter after a year due to her dissatisfaction with the environment. Subsequently, she took jazz and singing classes at a YWCA, and performed with the Princeton Ballet Company in a number of musicals.

Neuwirth had her breakthrough role with her very first appearance on television. Beginning in 1986, she played Dr. Lilith Sternin on the NBC sitcom "Cheers." On the show, her character married Frasier Crane. From seasons four through nine, Neuwirth appeared in a recurring capacity, before being promoted to a main star in seasons 10 and 11. For her work, she won two Emmy Awards in 1990 and 1991. Following the conclusion of "Cheers" in 1993, Neuwirth reprised her role as Dr. Lilith Sternin on the spinoff series "Frasier"; she appeared in 12 episodes of that show between 1994 and 2003. During this time, she earned an Emmy nomination for Outstanding Guest Actress in a Comedy Series.

While she was still on "Cheers," Neuwirth appeared in episodes of various shows, including "Simon & Simon," "Fame," "The Famous Teddy Z," and "Star Trek: The Next Generation." She was also in the television film "Without Her Consent," and in the five-hour miniseries "Wild Palms." Later in the 90s, Neuwirth appeared on "The Adventures of Pete & Pete," "NewsRadio," "Sabrina, the Teenage Witch," and "Law & Order: Special Victims Unit." Additionally, she did voice work for a number of animated series, including "Aladdin," "Jungle Cubs," and "Pepper Ann." Neuwirth closed out the decade with the acclaimed television film "Dash and Lilly," in which she portrayed Dorothy Parker.

In the early 2000s, Neuwirth was in the television film "Cupid & Cate," and had a main role on the NBC drama "Deadline." She was subsequently in episodes of "Hack" and "Will & Grace." From 2005 to 2006, Neuwirth played A.D.A. Tracey Kibre on the short-lived spinoff "Law & Order: Trial by Jury." Later, from 2009 to 2011, she had a recurring part on the HBO comedy series "Bored to Death." Other recurring roles were on the legal drama "The Good Wife" and the police procedural series "Blue Bloods." Neuwirth had her next main role from 2014 to 2017, when she played Nadine Tolliver on the political drama series "Madam Secretary." Her subsequent credits have included "The Good Fight"; the mystery thriller "The Flight Attendant"; the adult animated comedy "Teenage Euthanasia"; and the drama series "Julia," in which she portrays real-life cook and culinary editor Avis DeVoto. 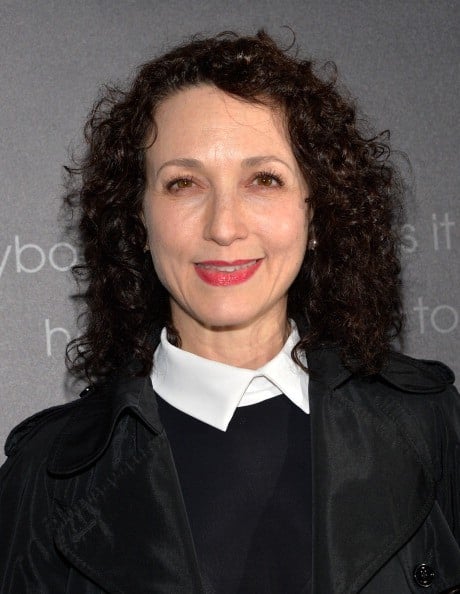 Neuwirth debuted on the big screen with a small part in the 1989 teen romantic dramedy "Say Anything…" Following this, she had supporting roles in "Green Card," "Bugsy," and "Malice." In 1995, Neuwirth had a notable role in the fantasy adventure film "Jumanji." Her subsequent credits included the comedy "The Associate"; the Woody Allen dramedy "Celebrity"; the science-fiction horror film "The Faculty"; the crime thriller "Summer of Sam"; and the Barry Levinson dramedy "Liberty Heights." Neuwirth also starred in the 1996 Oscar-winning short film "Dear Diary."

Neuwirth began the 2000s voicing the character of Sylvia Marpole in the animated film "An Extremely Goofy Movie." She followed this with three romcoms: "Tadpole," "How to Lose a Guy in 10 Days," and "Le Divorce." Neuwirth was subsequently in "The Big Bounce," "Game 6," and the 2009 remake of "Fame." Her later credits have included "Humor Me," "Jumanji: The Next Level," and "tick, tick… BOOM!," in which she appears alongside many other Broadway musical stars.

On the stage, Neuwirth debuted in 1980 on Broadway in "A Chorus Line." The next year, she appeared in the musical revue "Dancin'," and in 1982 was in a revival of the musical "Little Me." Neuwirth gave one of her most lauded performances in 1986, when she won a Tony Award for Best Featured Actress in a Musical for her work in a revival of "Sweet Charity." Stepping away from New York, she next played Velma Kelly in a Los Angeles production of "Chicago" and the titular Spider Woman in a West End production of "Kiss of the Spider Woman." Neuwirth returned to Broadway in 1994 to star in a revival of "Damn Yankees."

In 1996, Neuwirth reprised her role as Velma Kelly in a Broadway revival of "Chicago." Subsequent credits included productions of "The Threepenny Opera," "Fosse," "The Exonerated," "Writer's Block," and "Here Lies Jenny." Neuwirth appeared again on Broadway in "Chicago" in 2006, this time in the role of Roxie Hart; she appeared in "Chicago" again in 2014 as yet another character, Matron "Mama" Morton. Neuwirth's other stage credits have included "The Addams Family," in which she played Morticia Addams, and "A Midsummer Night's Dream," in which she played Hippolyta/Titania.

In 1984, Neuwirth wed Paul Dorman; they eventually divorced in 1991. Later, in 2009, she wed director and writer Chris Calkins.

Bebe owns an apartment in New York City and a summer house in Princeton, New Jersey. 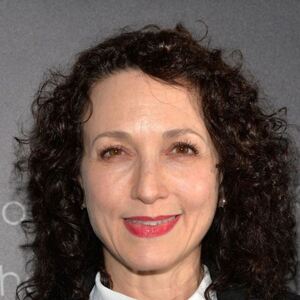