Beau Mirchoff Net Worth: Beau Mirchoff is an American-born Canadian actor who has a net worth of $2 million. Beau Mirchoff was born in Seattle, Washington in January 1989. At two days old he moved to Victoria, British Columbia. Beau holds dual citizenship in the United States and Canada. His first acting role came in a play called Bubbly Stiltskin.

His first television role came in the series Romeo! in 2003. He starred as Robbie in his film debut in the 2006 movie Scary Movie 4. From 2007 to 2008 Beau starred as Ben Stillman in the TV series Heartland. From 2009 to 2010 he starred as Danny Bolen in the series Desperate Housewives. Since 2014 Mirchoff has starred as Matty McKibben in the MTV series Awkward. He starred as Andy in the 2009 movie The Grudge 3, Drew in the 2011 film I Am Number Four, Clark in 2013's The Secret Lives of Dorks, and Jake Kendall in the 2014 movie Born to Race: Fast Track. He has appeared in episodes of the TV shows CSI: Miami, The Protector, and CSI: Crime Scene Investigation. Beau won a Teen Choice Award for Choice TV Breakout Performance – Male in 2012 for Awkward. 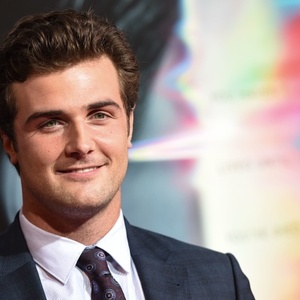