Beatrice Alda net worth: Beatrice Alda is an American actress and filmmaker who has a net worth of $2 million. Beatrice Alda was born in New York City, New York in August 1961. Her parents are Alan and Arlene Alda and her sister is Elizabeth Alda.

Beatrice Alda is best known for starring as Lisa Callan in the 1981 movie The Four Seasons and in the television series The Four Seasons in 1984. She also starred as Judy in the 1988 movie A New Life and as Susan in the 1990 film Men of Respect, where she also served as assistant to the director. Beatrice Alda wrote, directed, and executive produced the 2008 documentary Out Late. She co-produced and co-directed the 2016 documentary Legs: a big issue in a small town. She is married to filmmaker Jennifer Brooke and has four children. Her paternal grandfather is Robert Alda and her paternal half-uncle is Antony Alda. 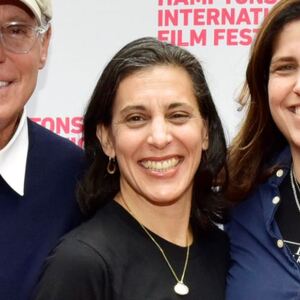