Beanie Feldstein had a recurring role on the TV series What We Do in the Shadows in 2019. She has appeared in the films Neighbors 2: Sorority Rising, The Female Brain, Lady Bird, Booksmart, and How to Build a Girl. Beanie Feldstein has appeared in episodes of the TV series My Wife and Kids, Orange Is the New Black, and Will & Grace. She starred in the music video "Girls Like You" by Maroon 5 featuring Cardi B in 2018. Feldstein starred on Broadway as Minnie Fay in Hello, Dolly! from 2017 to 2018 with Bette Midler. Beanie Feldstein's brother is actor Jonah Hill. 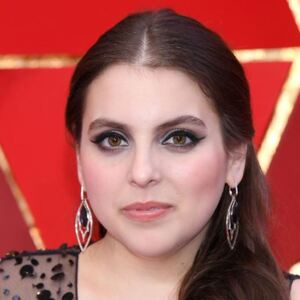