What is Barry Williams' Net Worth and Salary?

Barry Williams is an American actor who has a net worth of $6 million dollars. Barry Williams began acting as a child with guest starring roles on multiple television shows including, Dragnet, The Invaders, Mission: Impossible, and The Mod Squad.

In 1969, he was cast in the role that would make him famous as "Greg Brady", the oldest sibling in The Brady Bunch. The success of the show would prove to be both a blessing and a curse. After the run of The Brady Bunch ended in 1974, he began working in musical theater, touring with productions of Grease, The Sound of Music, and West Side Story, as well as appearing on Broadway in Romance/Romance. He has continued to work on television, appearing in guest starring and supporting roles in such shows as Three's Company, Highway to Heaven, General Hospital, Hollywood 7, That '70s Show, and various Brady Bunch specials, including a short-lived television series called, The Bradys.

Williams was born on September 30, 1954 in Santa Monica, California. William is actually his middle name. His last name is Blenkhorn. He is the youngest of three sons born to Doris May Moore and Frank Millar Blenkhorn. He is of English, Scottish, and German heritage. The family lived in Pacific Palisades, California and has some actors as neighbors. As a child, Williams decided that he wanted to pursue a career in acting. In 1967, when he was 13, he made his television debut in a Christmas episode of "Dragnet 1967."

Williams continued to actively audition and landed a number of guest roles of television shows while in his mid-teens. He appeared in "Adam-12," "The Invaders," "That Girl," Here Come the Brides," "Gomer Pyle USMC," "Highway to Heaven," and Bartleby, the Scrivener," among other shows. He caught his big break in 1969 when he was cast as Greg Brady on, "The Brady Bunch."

"The Brady Bunch" tells the story of a blended family of six children and is considered one of the last old-style family sitcoms. The show was on-air for five seasons between 1969 and 1974, airing a total of 117 episodes. While the show did moderately well while it was on-air, it was never considered a hit, nor did it place in the Top 30 rankings. However, it became a syndicated series following its cancellation and has grown more popular over time. It has been shown on ABC Daytime, Nick at Night, TV Land, and the Hallmark Channel. The show also inspired a number of spin-offs, reunion specials, and television films, all of which Williams appeared in. The show helped Williams became a more popular and endeared him to audiences.

After "The Brady Bunch" ended, Williams continuing appearing in television, booking a number of guest-starring roles but struggled with being typecast as Greg Brady. However, he was able to depart from this character by appearing in the very popular show, "General Hospital," as an English con man named Hannibal in 1984.

Williams also became involved in musical theater and toured with productions of "Grease," "The Sound of Music," "Pippin," and "West Side Story." In 1988, he appeared on Broadway in the musical, "Romance/Romance," alongside Tony Award-nominee, Alison Fraser. Williams played the lead male role in the production following the departure of Scott Bakula. In 1988, he also appeared in one of numerous Brady Bunch reunions called, "A Very Brady Christmas." The following year, he was honored by the Young Artist Foundation with its Former Child Star  Lifetime Achievement Award for his role as Greg Brady. 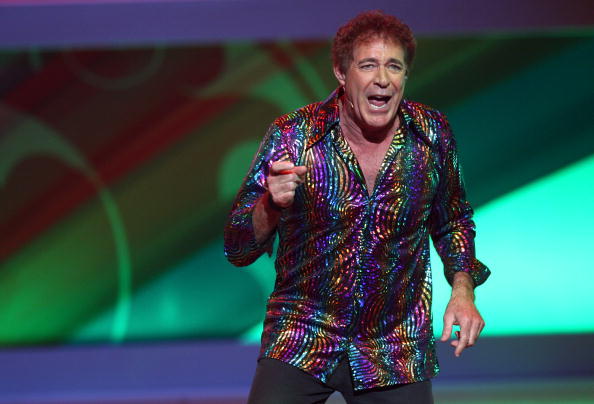 He released an autobiography in 1992 called, "Growing Up Brady: I Was A Teenage Greg," which was co-written by Chris Keski. The book became a New York Times bestseller and was later adapted into a television movie starring Adam Brody in 2000 called, "Growing Up Brady." Williams did not do much acting work throughout the late 1990s, only appearing in a few television shows. In 2000, he reappeared by releasing a parody of the Eminem song, "The Real Slim Shady," called, "The Real Greg Brady." The song received some radio play.

From 2001 to 2002, Williams played the role of Manager Dean "The Machine" Strickland in the sitcom, "Hollywood 7," appearing in 13 episodes. In the show, he manages the British teen pop group, "S Club 7." The next year, in 2003, he played himself in the film, "Dickie Roberts: Former Child Star," starring David Spade. In 2004, he joined the cast of the Brady Bunch for "The Brady Bunch 35th Anniversary Reunion Special." Over the next decade, he appeared in a few television series, sometimes as himself, including, "According to Jim," "That '70s Show," and "Scrubs." He played a parody of the Greg Brady character in the 2010 television film, "Mega Piranha" named Bob Grady.

Williams has spent the later years of his career developing a cabaret act that pays tribute to his past. He tours with his musical group, Barry Williams and the Traveliers, and often performs in his home of Branson, Missouri. Additionally, he hosts a satellite radio trivia show called, "The Real Greg Brady's Totally '70s Pop Quiz," which is broadcast on Sirius Satellite Radio. In 2019, he joined the television series, "A Very Brady Renovation," on HGTV which features the other cast members of "The Brady Bunch." In 2021, he appeared the Lifetime Christmas movie, "Blending Christmas," alongside former Brady Bunch co-stars Christopher Knight, Mike Lookinland, Susan Olsen, and Robbie Rist.

For the last decade Barry has made his home in Branson, Missouri where he performs in a local theater for nightly audiences. He also hosts a show on Sirius/XM's 70s on 7 channel.

Williams has been married three times. He was married to his first wife, Diane Martin, from 1990 until their divorce in 1992. He second marriage to Ella Mary Matt lasted from 1999 until 2005. While married, they had a son named Eric together. Following his divorce, Williams began dating Elizabeth Williams in 2006 and they had a daughter together in 2012 before splitting up in 2013.  He married his third wife, Tina Mahina, in 2017. The two had been in a relationship for a several years prior to getting married. 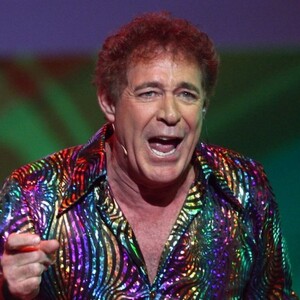