Barry Watson Net Worth: Barry Watson is an American actor who has a net worth of $1 million. Barry Watson was born on April 23, 1974, in Traverse City, Michigan. He has earned fans' likes with his roles of Dr. Matthew "Matt" Camden on 7th Heaven, Brian Davis in What About Brian and Todd Deepler in Samantha Who?.

Watson was only eight years old when he started a modeling career right after his family moved to Dallas. Having spent a short period of time learning acting at the Dallas Young Actors Studio, fifteen-year-old Watson landed a six month contract on the soap opera Days of our Lives. Once his contract ended, Watson got back to Texas to finish his studies at Richardson High School. With appearance and aura that seemed tailor-made for heartthrob roles, Watson moved back to Los Angeles in 1992. While auditioning for roles, he had to earn a living somehow, so he spent some time parking cars at House of Blues nightclub. First, he took guest spots in several television series like Baywatch and Sister, Sister and then he got eventually chosen for a minor role on the Aaron Spelling series Malibu Shores. Even though this turn was brief, it helped him get his next life-changing project 7th Heaven. It was on the WB's 7th Heaven that Watson finally made his breakthrough with his portrayal of a nice guy preacher's son, Matt Camden. As for his feature film debut, it came in 1999 with Teaching Mrs. Tingle. Meanwhile, he appeared two times as a guest star in 7th Heaven's tenth season, marking his last turn on the show. In the 2000s, Watson got involved in numerous other projects including the ABC series, What About Brian and Samantha Who?, as well as My Future Boyfriend, an ABC Family original movie. 2012 saw Watson act opposite Blake Lively as Serena Van der Woodsen's boyfriend on the hit teen series Gossip Girl. 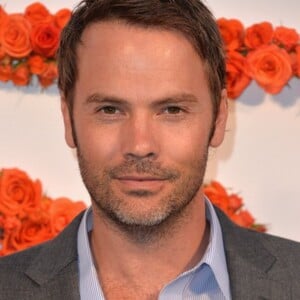