What is Barry Pepper's Net Worth and Salary?

Barry Pepper is Canadian actor who has a net worth of $5 million. Barry Pepper is an actor, best known for his roles in such films as "Saving Private Ryan," "The Green Mile," and the second two installments in the "Maze Runner" series. His other film credits have included "25th Hour," "Flags of Our Fathers," "Casino Jack," "Crawl," and "Awake." Meanwhile, on television, Pepper portrayed Robert F. Kennedy in the 2011 miniseries "The Kennedys," for which he won an Emmy Award. Barry won a Razzie Award for "Worst Supporting Actor" for his role in "Battlefield Earth: A Saga of the Year 3000."

Barry Pepper was born on April 4, 1970 in Campbell River, British Columbia as the youngest of three boys. When he was little, he and his family hit the seas in a homemade boat and sailed throughout the South Pacific for five years. Returning to Canada, they set up a shop on Denman Island. Pepper went to Georges P. Vanier Secondary School, where he excelled in volleyball and rugby. He also demonstrated his artistic abilities by designing an insignia of the Towhee bird, the mascot of Georges P. Vanier, for the school gymnasium.

Pepper had his breakthrough year on the big screen in 1998 when he appeared in three films. First, he played Packer in the action thriller "Firestorm." Pepper next played sniper Private Daniel Jackson in Steven Spielberg's epic World War II film "Saving Private Ryan." His final film of the year was Tony Scott's political thriller "Enemy of the State," in which he played NSA Agent David Pratt. In 1999, Pepper appeared in Frank Darabont's "The Green Mile" as corrections officer Dean Stanton. Kicking off the new millennium, he appeared in the science-fiction flop "Battlefield Earth" and the Canadian drama "We All Fall Down." Pepper subsequently starred alongside Seth Green, Vin Diesel, Dennis Hopper, and John Malkovich in the crime thriller "Knockaround Guys." In 2002, he appeared in the war film "We Were Soldiers" and the Spike Lee drama "25th Hour." Following this, Pepper starred in the survival drama "The Snow Walker," the neo-Western "The Three Burials of Melquiades Estrada," and the crime thriller "Ripley Under Ground," in which he portrayed the titular character created by Patricia Highsmith. 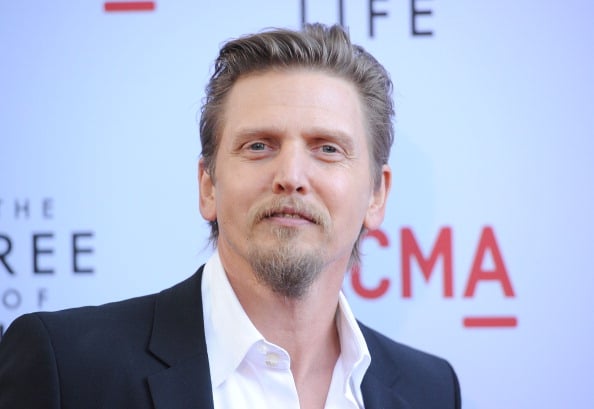 In 2006, Pepper returned to the genre of war films when he portrayed Sergeant Michael Strank in Clint Eastwood's "Flags of Our Fathers." Also that year, he appeared as part of the cast of the mystery thriller "Unknown." Pepper went on to act in such films as "Seven Pounds," "Princess Kaiulani," "Like Dandelion Dust," "Casino Jack," and the Coen brothers' "True Grit." In 2013, he appeared in three films: the crime thriller "Broken City," the action film "Snitch," and the Western "The Lone Ranger." The following year, he was in the biographical crime thriller "Kill the Messenger." Pepper next played Vince in the dystopian science-fiction sequel "Maze Runner: The Scorch Trials," based on the second book in the "Maze Runner" series of novels. He reprised his role in the 2018 sequel "Maze Runner: The Death Cure." Pepper's other notable film credits have included the action comedy "Monster Trucks"; the horror film "Crawl"; the war drama "The Painted Bird"; the action thrillers "Running with the Devil" and "Trigger Point"; and the science-fiction thriller "Awake."

On the small screen, Pepper first appeared in the 1992 CBS television film "A Killer Among Friends," starring Patty Duke. He subsequently began a recurring role on the Canadian teen drama series "Madison," playing Mick Farleigh from 1993 to 1996. During this time, Pepper appeared in the television films "Johnny's Girl" and "Titanic," and also made appearances on such shows as "Neon Rider," "M.A.N.T.I.S.," "Sliders," "The Outer Limits," "The Sentinel," and "Viper."

In the early 2000s, Pepper earned recognition for portraying two famed athletes in a pair of television films: "61*," in which he portrayed professional baseball player Roger Maris, and "3: The Dale Earnhardt Story," in which he portrayed the titular stock car driver. Later, in 2010, he portrayed another real-life figure, Alcoholics Anonymous co-founder Bill Wilson, in "When Love is Not Enough: The Lois Wilson Story." Pepper continued to appear in biographical dramas when he portrayed Robert F. Kennedy in the 2011 miniseries "The Kennedys." For his performance, he won the Emmy Award for Outstanding Lead Actor in a Miniseries or Movie. Pepper reprised his role in one episode of the 2017 sequel miniseries, "The Kennedys: After Camelot."

Beyond his screen appearances, Pepper has also done voice acting in some video games. In 2009, he lent his voice to two games: the action-adventure game "[PROTOTYPE]," in which he played Alex Mercer, and the first-person shooter "Call of Duty: Modern Warfare 2," in which he voiced Army Ranger Corporal Dunn.

In 1997, Pepper married his wife Cindy. Together, they have a daughter. Pepper became a citizen of the United States in 2006. 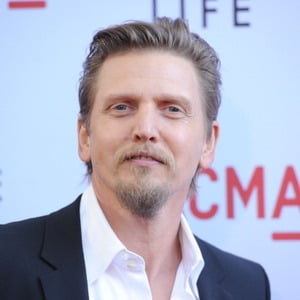