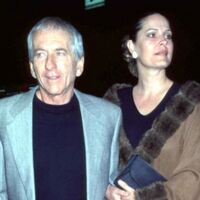 Barry Newman net worth: Barry Newman is an American actor who has a net worth of $2 million. Barry Newman was born in Boston, Massachusetts in November 1938. One of his best known roles came starring as Anthony J. Petrocelli on the television series Petrocelli from 1974 to 1976. Newman starred as Dr. Garrett Braden on the TV series Nightingales in 1989. He has starred in several movies including Pretty Boy Floyd, The Lawyer, Vanishing Point, City on Fire, Brown's Requiem, Goodbye Lover, The Limey, Bowfinger, Jack the Dog, True Blue, Good Advice, 40 Days and 40 Nights, Manhood, Grilled, and more. Barry Newman has also appeared in episodes of the TV series Get Smart, The Tonight Show Starring Johnny Carson, Murder, She Wrote, The New Hollywood Squares, L.A. Law, NYPD Blue, The O.C., Ghost Whisperer, and more. Newman was nominated for a Primetime Emmy Award in 1975 and a Golden Globe Award in 1976 for Petrocelli.