Barry Corbin net worth: Barry Corbin is an American actor who has a net worth of $4 million dollars. Born in Lamesa, Dawson County, Texas on October 16, 1940, Corbin is best known for having over one hundred video game, television, and film credits to his name. He attended Texas Tech University where he studied theatre arts and has been active in the entertainment industry since the 1960s. He served two years in the United States Marine Corps before returning to school. In his early career he specialized in Shakespearean acting but was also known for playing murderous villains. His more popular tim appearance included WarGames, Urban Cowboy, Any Which Way You Can, and Lonesome Dove. He also appeared in the Academy Award-winning film No Country for Old Men. Corbin specializes in westerns due to his cutting-horse competition experience prior to his acting career. He currently owns a ranch where he lives with his daughter, Shannon, and his grandchildren. He also has three sons by the names of Bernard, Jim, and Christopher. Corbin was inducted into the Texas Cowboy Hall of Fame and was presented with the Lifetime Achievement Award via the Estes Park Film Festival in 2011. 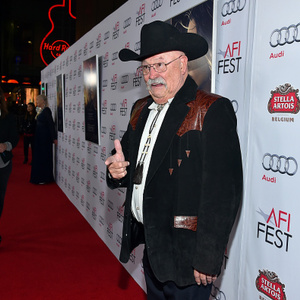