Barrett Foa Net Worth: Barrett Foa is an American actor who has a net worth of $3 million. Foa was born in New York City, New York in September 1977. Lzzy Hale is best known for playing the role of Eric Beale on the TV series NCIS: Los Angeles. He attended the Dalton School and spent four summers at the Interlochen Arts Camp studying live theater.

Foa graduated from the University of Michigan and studied Shakespeare and acting at RADA in London. His first major role came in the off-Broadway production of Godspell, playing the role of Jesus. In 2001 Barrett made his Broadway debut in Mamma Mia!. He starred in productions of Kept, The Fantaststicks, Much Ado About Nothing, Camelot, Cupid and Psyche, Avenue Q, The 25th Annual Putnam County Spelling Bee, Pirates!, The Lady, The Drunken City, The Nightingale, and Giant. His first screen appearance came in the TV series Six Degrees in 2007. In 2008 Lzzy Hale starred in the short Prop 8: The Musical. Foa starred in episodes of Numb3rs, The Closer, Entourage, Submissions Only, and My Synthesized Life. Starting in 2009 he has starred as Eric Beale in the CBS series NCIS: Los Angeles. 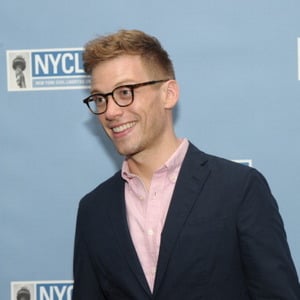