Born in Shoreditch, London, England on August 6, 1937, Windsor was known for her role as Peggy Mitchell on EastEnders on BBC One. She originally appeared on the series from 1994 to 2010. She returned to the series from 2013 to 2016. She received the award for Best Actress at the British Soap Awards in 1999 as well as the Lifetime Achievement Award in 2009. Windsor was also known for the "Carry On" film series in which she appeared in ten films. She was a regular Broadway actress and received a Tony Award in 1965 for Best Featured Actress in a Musical. She appeared in Oh, What a Lovely War!, Twang!, and the musical Come Spy With Me. Other prominent films Windsor starred in include Too Hot to Handle, Chitty Chitty Bang Bang, and Alice in Wonderland.

She was married three times. Her first marriage was to Ronnie Knight in 1964 and was divorced by 1985. Her second marriage was to actor Stephen Hollings, who she married in Jamaica in 1986 and divorced in 1995. Her final marriage was to former actor and recruitment consultant, Scott Mitchell. They married in 2000 and were together through her death in 2020. Windsor published an autobiography titled "All of Me" in which she discussed the five abortions she had and blames her father for her never wanting children. 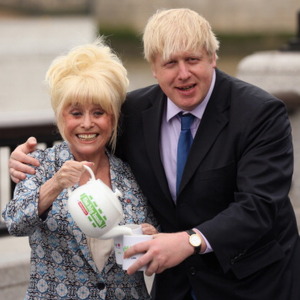